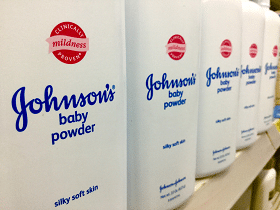 Last Thursday, a St. Louis Circuit Court jury unanimously held talcum powder manufacturer, Johnson & Johnson and Johnson & Johnson Consumer, responsible for selling products containing asbestos and giving cancer to 22 women. This resulted in a $4.69 billion verdict, where the company was charged with $550 million in compensatory damages and $4.4 billion in punitive damages. The verdict was awarded to the 22 women, six of whom have died, who sued the pharmaceutical manufacturer after developing ovarian cancer because of their daily use of talcum products.

Background of the Johnson and Johnson Lawsuit

The six-week trial was composed of testimonies from medical professionals and scientific experts who debated the safety of talc-based products and their link to asbestos. The jury also heard from cancer survivors and the loved ones of the six plaintiffs who have died from their cancer.

The science behind the link between talc and ovarian cancer has long been debated, starting around 1971, when scientists reported finding talc particles embedded in ovarian and cervical tumor tissue. It is findings like these that may have infuriated the jury and led to the massive $4.69 billion dollar verdict.

Just the Beginning of Johnson and Johnson Lawsuits

While this is the largest verdict awarded against Johnson and Johnson, it is not the first talc lawsuit brought against the company, and it will not be the last. Mark Lanier of Lanier Law Firm represented the 22 women in this case and said in a statement following the verdict, “We hope this verdict will get the attention of the J&J board and that it will lead them to better inform the medical community and the public about the connection between asbestos, talc, and ovarian cancer.”

There are currently more than 9,000 talcum powder lawsuits filed against Johnson & Johnson and other companies, claiming that the daily use of talc-based products resulted in the development of ovarian cancer.

Peter Bicks of Orrick Herrington & Sutcliffe LLP was the lead counsel for Johnson & Johnson throughout this trial. Following the verdict, Bicks said, “I give Mr. Lanier credit, he’s quite a showman, and he’s quite a storyteller, but some stories are just fiction.”

Carol Goodrich, a Johnson & Johnson spokesperson, responded to the verdict saying, “Johnson & Johnson is deeply disappointed in the $4.69 billion dollar verdict, which was the product of a fundamentally unfair process that allowed plaintiffs to present a group of 22 women, most of whom had no connection to Missouri, in a single case all alleging that they developed ovarian cancer.” Goodrich continued to state that the company would pursue all available appellate remedies because they are confident that its products do not contain asbestos and do not cause cancer.

If you or someone you love has developed ovarian cancer as a result of using talcum powder products regularly, call (713) 932-0777 for a free case evaluation with an experienced product liability attorney. At Simmons and Fletcher, P.C., we have been helping personal injury victims receive compensation for negligent injuries since 1979. Call us today at (713) 932-0777 to learn more.