A St. Louis judge has upheld a talcum powder verdict of about $4.7 billion against Johnson & Johnson. The talcum powder manufacturer filed motions for judgment notwithstanding the verdict, new trial and new trial on damages following the July 13 verdict. This verdict was rendered by a unanimous jury consisting of 6 men and women who awarded 22 plaintiffs, including six women who have died since, $550 million in compensatory damages and $4.4 billion in punitive damages related to ovarian cancer which was linked to the use of Johnson & Johnson’s baby powder products. 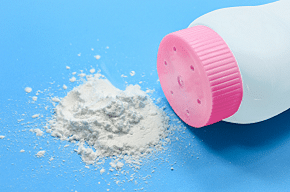 In finding the $4.7 billion-dollar verdict constitutional, Judge Burlison wrote that Johnson and Johnson’s “actions caused significant physical harm and potential physical harm, including causing ovarian cancer in plaintiffs or plaintiffs’ decedents.” Ultimately the evidence adduced at trial led to the conclusion, which has been upheld, that Johnson and Johnson’s conduct was highly reprehensible.

Following Judge Burlison’s refusal in granting its post-trial motions, Johnson & Johnson filed a motion that the court lacked jurisdiction over the New Jersey-based pharmaceutical firm, along with a motion that the plaintiffs failed to prove their claims against the corporation. Johnson & Johnson also filed a motion alleging misconduct against the lead trial lawyer, whose conduct was never questioned during trial.

Johnson & Johnson claims there was no evidence introduced that proves its product caused ovarian cancer; however, Judge Burlison found that there was more than enough evidence on the issue of causation.

Johnson and Johnson Talcum Powder Lawsuits to Increase in 2019

Today, more than 11,000 lawsuits have been filed against Johnson & Johnson by affected women and their families due to the damages suffered by ovarian cancer. Many of the claims against the corporation include that the company was aware of the danger for more than 40 years.

While 2018 was a year of mixed verdicts for Johnson & Johnson’s talcum powder lawsuits, the corporation is scheduled to have almost three times as many talcum powder trials in 2019. Four of these lawsuits will be in St. Louis. To read more about the dangers of tainted talcum powder, check out our talcum powder web page.

To stay updated on what happens regarding these talcum powder lawsuits be sure to check out the Simmons and Fletcher, P.C., blog and follow us on social media. We report on product liability lawsuits to help keep members of the community informed about companies who negligently produce and market dangerous products to consumers.