Being stuck on a cruise ship may sound like a good time, but thousands of passengers on a 2013 Carnival cruise got a hard lesson in reality when they were stranded on board in the Gulf of Mexico for five days. After a fire broke out in the engine room, the ship was disabled. Refrigeration and plumbing failed, and passengers reported long lines for limited food and sewage on the floors. Some reported contracting illnesses or suffering from post-traumatic stress disorder (PTSD).

Table of Contents show
1 The Statute of Limitations
2 Important Lessons from the Carnival Cruise Ship Case
2.1 Always Read Your Contracts
2.2 When Trouble Arises, Contact an Attorney Right Away

More than 100 of those passengers got another rude awakening earlier this year. The U.S. Court of Appeals for the Eleventh Circuit ruled that their lawsuit against Valsamis, Inc., the outside contractor responsible for maintaining the ship’s engines and generators, was barred by a clause in the cruise line’s contract that drastically reduced the time allowed for bringing such actions.

The Statute of Limitations 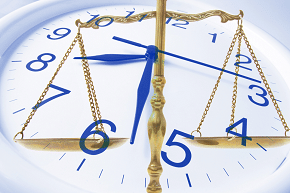 The statute of limitations is the legal deadline for filing a certain type of lawsuit. Most incidents that occur on or involve cruise ships fall under federal maritime law. The applicable statute allows for personal injury-type maritime claims to be filed within three years. However, the statute also allows the parties to reduce that time period by agreement.

The Carnival Cruise Lines ticket contract included a reduction in time. Specifically, the contract provided that:

In addition, the contract extended this provision to a variety of other parties, including “shipbuilders and manufacturers of component parts,” and “independent contractors.” Because the lawsuit was filed nearly one year after the incident and the passengers had not provided a detailed notice of claims to Valsamis within the 185-day window, the district court granted summary judgment in favor of the defendant, and the appellate court affirmed that decision. In other words, because the passengers did not provide notice within 185 days, they are barred from pursuing compensation for their injuries.

It’s unfortunate that these cruise ship passengers won’t have the opportunity to present their case to a jury and pursue compensation for the hardships they endured when they were stranded on the ship and any lasting effects from that experience. But, this case is about more than the rights of this one small group of people.  The court affirmed the right of cruise lines to substantially limit the time allowed for presenting claims, and to extend that protection to a long list of other parties doing business with Carnival–even though they were not a party to any agreement with the injured Plaintiffs.

It’s not unusual for consumers to gloss over “standard contracts,” and the other party may encourage you to do so. But, being unaware of something like this clause shortening the statute of limitations can have catastrophic results. You can’t effectively exercise your rights and protect yourself if you don’t know what you’ve agreed to.

The cruise ship passengers may not have known about the limiting clause, or they may not have understood what it meant in relation to their injury claims. Often, this type of contractual language is complicated and difficult to understand, and issues like the statute of limitations may not seem important when you’re initially reviewing documents.

Unfortunately, that means shortened statutes of limitations, notice deadlines, and other opportunities to pursue fair compensation may have passed by the time the injured party seeks legal assistance. This is just one of the many reasons it is in your best interest to seek legal advice as soon as possible after an injury or other event that may require legal action.