A lack of experience plus an over-confident mindset is a recipe for disaster, and unfortunately, it is the reality for thousands of Houston teens who are just learning how to drive each year. This type of mindset often leads to reckless driving and teen driver accidents.

Such is the case in a recent Grand Parkway crash that has led to two teenagers being hospitalized in critical condition. Learn more about what happened in this recent accident and who could be held liable in teen accidents below.

What Happened in the Recent Grand Parkway Accident? 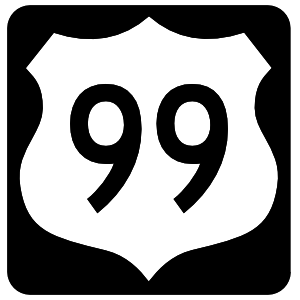 Two teens in the community of Cypress were critically injured in a reckless crash in mid-September. Recent reports suggest that the teenager behind the wheel of the white sedan was driving recklessly. They were reportedly going too fast when they attempted to exit. The speed limit on the Grand Parkway ranges from 65-75 mph. The van flipped several times.

Sadly, police suspect excessive speeds and reckless driving are the causes of this crash.

Who Could Be Held Liable for a Teen Driver Accident?

In a typical accident, a reckless driver who was found to be speeding at the time of the collision would be held both legally and financially liable for the resulting damages. In teen driving accidents, though, the driver is a minor. In these situations, Texas courtrooms follow a negligent entrustment doctrine wherein the vehicle owner (most often the driver’s parents) will be held responsible for the damages when:

These three elements must be present for the car owner to be held responsible for the accident. If you are facing a complicated situation involving a teen driver, it might make the most sense to consult with an attorney about your options.

Is Hiring a Car Accident Lawyer Worth It?

If you were recently involved in a teen driving accident and your losses are adding up, hiring a car accident lawyer may be in your best interests. A lawyer can help you identify what caused the crash and who is potentially liable and subsequently help you demand adequate compensation for your losses.

Were You Involved in a Teen Driver Accident?

If you or someone else suffered injuries in a teen driver accident, then it is important to get informed about your legal rights as soon as possible. Considering the teenager’s age, it makes sense that someone else will likely bear the legal and financial liability for their actions while driving.

If your losses are significant, hire a lawyer to learn more about the next steps you should take. If your teen driver accident happened in Houston or the surrounding areas, we welcome you to request a free case evaluation with our office.