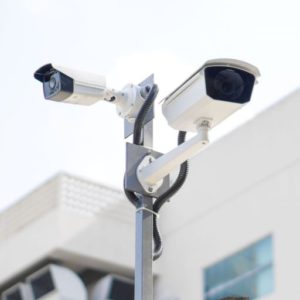 On July 19, 2022, the newly enacted Houston Video Camera Ordinance that requires certain businesses to install video cameras will go into effect.  This ordinance, passed with the purpose of helping curb crime at high-crime businesses, could potentially benefit car accident victims who happen to be hit by a negligent driver in the vicinity of these businesses.

Table of Contents show
1 Who Must Have Video Cameras Under the New Houston Video Camera Ordinance?
2 What Are the Camera Requirements?
3 How Can Exterior Video Cameras Benefit Car Accident Victims?
4 What Steps Should I Take to Preserve A Video After A Disputed Liability Car Accident?

Under the Houston Video Camera Ordinance, nightclubs, bars, game rooms,  convenience stores, and sexually oriented businesses must, at their own cost, install and maintain exterior video cameras that capture activity on the property within specified resolutions.

What Are the Camera Requirements?

The Cameras must be capable of providing a digital image of two megapixels, a minimum aspect ratio of 1920 horizontal pixels by 1080 vertical pixels. The camera has to be able to export the footage from the camera in a standard non-proprietary MPEG 4 format. The camera must further be equipped with Wide Dynamic Range capabilities.

When a video camera is placed on the exterior of a business, it will often capture the street in front of the building. This evidence could capture the accident thereby resolving any disputes as to what happened. If the accident is disputed, a police officer can request the footage and it must be provided to requesting police departments within 72 hours under the ordinance. The business is required to store the video for a minimum of 30 days. In some events, this may also allow for a fast-acting car accident attorney to acquire the video footage from the store before it is destroyed.

What Steps Should I Take to Preserve A Video After A Disputed Liability Car Accident?

If you are in an accident where the other party is disputing liability and you are aware of the presence of a video on a nearby business your best action is to contact an accident attorney promptly, advise them of the presence of the video, and request they send a spoliation of evidence letter to preserve that evidence as well as take other steps to obtain it such as hiring an investigator and/or filing a lawsuit to subpoena the video if necessary. This needs to be done quickly so that video evidence is not destroyed. The police may or may not act to preserve the video so if you are aware of video and the other side is wrongfully blaming you for causing the wreck, talk to a lawyer about preserving that evidence immediately.