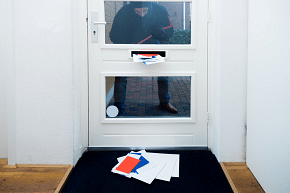 Beginning September 1, 2019, anyone convicted for stealing mail in Texas could face felony charges. Partly due to the rise of online shopping, Governor Greg Abbott signed House Bill 37 to prevent “porch pirates” from stealing mail left out in the open. The bill defines mail as “a letter, postal card, package, bag, or other sealed article,” which is addressed to a specific individual and was either dropped off by a common carrier or left for pickup. While mail theft is a felony under federal law, it has only been punishable as a misdemeanor under Texas state law.

House Bill 37 will amend Chapter 31 of the Texas Penal Code to create the criminal offense of mail theft. In Texas, different kinds of theft have been consolidated into one offense; however, this bill seeks to deter individuals from stealing mail belonging to others.

Criticism surrounding the bill focus on how crime is measured. They believe that the punishments should be based on the value of each package, not the number of victims. Only time will tell the success of this bill, but Texans should find comfort in knowing the legislature is taking this crime seriously.

Protecting Yourself Against Porch Pirates

A survey conducted during the 2018 holiday season revealed that more than 25 million Americans had packages stolen from their homes. Below is a list of ways to protect your property when you know you are going to receive a package:

Hopefully, the new law will make porch pirates think twice about stealing packages. However, you would be wise to assume that there will still be those who do not heed the law and to protect yourself accordingly.