Survival Cause of Action

What is the Difference Between a Wrongful Death and a Survival Action? 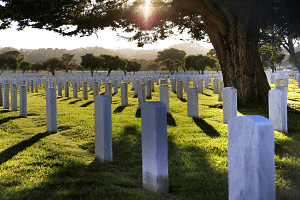 A wrongful death cause of action is a legal action brought for the damage done to specifically defined relatives as a result of causing their loved one’s death. A survival action is a lawsuit brought to recover the personal injury damages of a person who died in conjunction with or subsequent to his/her injuries. The right to bring a survival action is created by statute and given to a defined set of people.

What Do Survival Statutes Do?

Survival statutes are laws passed to prevent the extinguishing of a personal injury victim’s cause of action upon his death. At common law, all personal injury causes of action were considered personal. As a result, the death of an individual resulted in the claim for personal injuries being extinguished. This created the ironic situation where it was to the advantage of a negligent actor to cause the death of someone rather than just cause injury to someone since that would relieve the negligent actor of liability.  Many state legislatures decided early on that an individual who negligently or recklessly causes someone else’s death should not benefit from those actions to the detriment of the victim.  In order to prevent this, the legislatures of most states adopted survival statutes.

What is the Texas Survival Statute?

Thus, under the Texas Survival Statute, the death of a person does not result in his personal injury cause of action dying with him. Rather, the cause of action is preserved like a property right and passes onto the heirs, legal representatives, and estate of the deceased person.  Furthermore, the injuries can but do not have to be the cause of the death—unlike the wrongful death statute.

Call us To Discuss Your Survival Claims

While wrongful death claims do not always accompany survival claims, they often do. Sorting out which one applies in your case and the proper statutory procedures for bringing the claims can be confusing if you do not do this for a living. At Simmons and Fletcher, P.C., we do this for a living. Call us for a free consultation about your wrongful death and/or survival claims. (713) 932-0777.