On September 23, 2021, over three Million Bobby infant loungers were recalled after eight reports of infants suffocating while using the Boppy were disclosed. These deaths date back as far as 2015.  Losing a child is one of the most horrific events a parent can endure. If you have lost a child who was deemed to have suffocated while using a Boppy Newborn Lounger, you may have a right to be compensated.  Talk to a lawyer today about whether bringing a Boppy lounger lawsuit is the right option for you.  Call us at 1-800-298-0111 to get connected to a lawyer to discuss your boppy lounger suffocation case today. 1-800-298-0111. 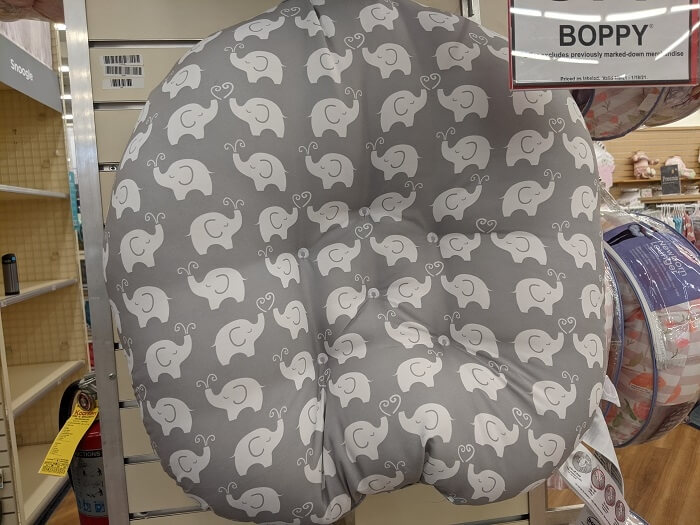 According to the Consumer Product Safety Commission (CPRC), there have been eight reports of newborn infants suffocating while using a Boppy lounger. The infant deaths reported so far occurred between December 2015 and June 2020. However, the product was on the market up until the voluntary recall of September 23, 2021.

What Boppy Loungers Are Recalled?

The products subject to the Boppy recall include the following newborn products:

If you own one of these loungers, you are advised to discontinue using the product and contact The Boppy Company toll-free at 800-416-1355 to return your product.  You can obtain more information on the Boppy recall here.

How Can a Baby Suffocate On the Recalled Boppy Loungers?

An infant may suffocate if the baby rolls, moves, or is placed in such a position that the newborn’s breathing is obstructed by the Boppy lounger material or if the newborn rolls off onto another pillow or soft bedding after being placed on the Boppy lounger.  Infant suffocation can happen very quickly if the child’s breathing is obstructed since the infant does not have the strength or motor skills to prevent the same. All eight of the known infant suffocations reportedly occurred after the infant was placed on its back, side, or stomach on the lounger. The baby was found unresponsive and not breathing on their side or on their stomach.

The acting Chairman Robert S. Adler has given a statement that the products are being recalled now because “these Boppy lounger products are simply too risky to remain on the market.”  Had this been recognized when the product was designed or at least after the first reported incident, lives may have been saved.

If your newborn was seriously injured or killed by one of these loungers, talk to a Boppy lounger lawsuit lawyer to learn your rights. Call 1-800-298-0111 to learn more. Some cases may be referred to or associated with another law firm for efficient handling.