A Human trafficking lawyer can help if you or your loved ones have been tricked or forced into involuntary, underage prostitution and a hotel, business, or other entity turned a blind eye to reap profits from your pain. Houston is, unfortunately, a human trafficking hub for the rest of the United States. Between our ports, the Mexico-Texas border, and the melting pot of cultures in Houston, our city has become a staging ground for criminals trafficking kids in and out of the country and across the United States. If you or your child is a victim of human trafficking, consult a human trafficking lawyer to discuss whether you may have legal recourse against the persons and/or corporations who profited from the exploitation. Call Simmons and Fletcher, P.C, today to learn how a personal injury lawyer in Houston, TX can help. Our number is  (713) 932-0777.

What is Human Trafficking? 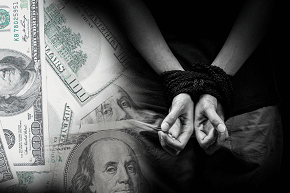 Human trafficking is the intentional exploitation of another human being for profit by forcing or coercing them to engage in sexual conduct or forced labor. Sadly, it happens every day in the United States. In Texas alone, there are over 313,000 victims including 79,000 who are just children.

Who is Liable for Human Trafficking?

Now, pretty much anyone that has a hand in the human trafficking process can be held liable for personal injuries and damages caused to the trafficked victim. For several years, there have been State Laws that extend liability to individuals involved in the exploitation of people for sex or services. Many states, including Texas, have enacted their own laws to hold persons and companies liable who not only promote human trafficking but also those that reap a monetary benefit or service. Under the Texas Civil Practice and Remedies Code, Chapter 98, any person or organization that engages in the trafficking of persons or knowingly receives a benefit by way of profit or services rendered from the trafficking of persons is potentially liable for it. Furthermore, in 2017, the federal government passed a law making it a crime to” own, manage or operate a website with the intent to promote or facilitate prostitution” thereby opening the door for websites that promote or facilitate prostitution to be held accountable for their actions.

Who Are the Potential Defendants in Sex and Labor Trafficking Cases?

In light of the advancements in the legal world by both states and the federal government to hold those who exploit others accountable, there are many potential defendants who may be held liable for their role in the trafficking of humans including:

In addition to the above, there may be other potential defendants since anyone who knowingly reaps a benefit from the trafficking of another person can be held liable. Courts have indicated that the laws are to be construed liberally to deter this sort of conduct.

How Do You Prove Liability for Human Trafficking?

Liability for human trafficking is largely based upon proving awareness and either actively participating or turning a blind eye. Some persons who engage in the process of trafficking others clearly have knowledge of the crime being committed. Pimps are an example of this. However, proving that the various other organizations and entities that profit from it have knowledge that a human is being trafficked can be more complex.  Some of the evidence that human trafficking lawyers may look for to prove these cases are actions that demonstrate that someone knew or should have realized that criminal exploitation was taking place and they chose to take their money and turn a blind eye. Some things we might look for include:

Attorneys for human trafficking victims can help you determine who was aware of the criminal exploitation that was occurring and chose to turn a blind eye. Every case is unique. If you have questions about whether you may have a potential case, contact the Houston law office of Simmons and Fletcher, P.C. for a free consultation today. We understand that dealing with the aftermath of human trafficking can be scary. Take the first step and speak with a human trafficking lawyer today. The consultation is free and will be kept confidential.