Can Passengers Sue If They Were Injured In A Car Accident?

If you are an innocent passenger involved in an accident, consult an accident attorney to determine what actions are in your best interests today.  Passengers stand in the strongest position when it comes to car accidents because unless they were engaged in some sort of horseplay, they did not cause the wreck.

They also have the potential to make claims against other vehicle operators, their own vehicle’s insurance company, and their insurance by way of an underinsured motorist claim. If you are riding as a passenger when an accident happens, call us to talk to a passenger accident attorney today at 1-800-298-0111.

What Types Of Claims Can A Passenger Make? 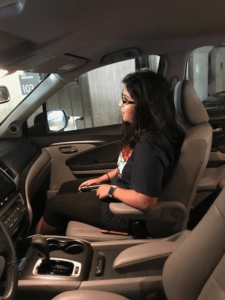 Who Is Liable For The Accident?

Liability for automobile accidents is determined by the negligence standard. What some people do not realize is that there can be, and often is, more than one negligent party to an accident.  When liability is disputed, a lawsuit must often be filed, and then the jury is asked to apportion liability amongst the drivers by each driver’s own percentage of responsibility. That percentage is then applied to the total amount jury finds would fairly compensate the injured party to determine each driver’s share. Thus, anyone involved in a car accident may have claims against all the drivers involved, depending upon the facts.

Can A Passenger Sue The Driver Of Another Vehicle?

Just like the driver of the vehicle, the passenger has a right to bring a claim and/or sue the drive of any other vehicles that caused or contributed to the collision. That is true even if the driver chooses not to pursue a claim. A driver, however, may be barred from recovery partially or entirely due to his percentage of negligence for causing the collision.

Passengers generally have no control nor contribution to the cause of the collision, thus, this is typically not true for passengers. The passenger may recover that percentage for which the other driver is responsible directly from the driver and they may also be entitled to hold that driver responsible for the negligence of other drivers under joint-and-several liability if the driver upon which liability is sought to be imposed is over 50% at fault for the collision.

Can a Passenger Sue Their Own Driver?

A passenger can sue their own driver for injuries caused in whole or in part by the driver’s negligence. If both drivers are at fault, the passenger is not barred from recovering their damages because of all or any percentage of responsibility being placed on the driver. The passenger can recover from both if they are determined to share responsibility.

What Does Negligence-Free Passenger Mean?

The term negligence-free passenger is often used to describe a vehicle passenger in a car accident. Since the passenger typically has no control over the vehicle operation, he is free of any negligence and cannot be penalized like the driver can for his own failure in operating the vehicle. A car passenger often enjoys the highly advantageous position of being able to sit back and let the other drivers fight out who is at fault without any concern that liability will be deflected on the passenger. (An exception to this is when the passenger does something to distract the driver and causes the wreck.)

Making A Claim Against PIP or MedPay Coverage

If the driver maintained uninsured and underinsured motorist benefits, then the passenger may claim those so long as the conditions precedent to filing such a claim are met. Furthermore, it is worth noting here that the passenger does not need the driver’s permission to file any passenger claim against the driver’s insurance policy.

Can a Passenger Make Claims Against Their Own Insurance Company?

If the passenger was a named insured on a policy that was issued to cover their vehicle, then they may make claims for certain benefits there as well. Personal injury protection claims and MedPay claims may be “stacked” so that the injured passenger can file for benefits under both this policy and the vehicle driver’s policy.

Uninsured and underinsured motorist benefits (UM/UIM) may also be claimed against the passenger’s insurance policy. Generally, when there are two or more UM/UIM policies at play, they will share the responsibility to pay the damages in proportion to the size of each policy.

An Experienced Attorney Can Make Sure Opportunities Are Not Missed

In short, the negligence-free passenger is in a very advantageous position compared to the driver of the vehicle. Not only does he enjoy the right to bring the same claims against other drivers he can also bring additional claims against the driver and his policy that the driver does not enjoy.  However, the passenger must understand what is covered by automobile insurance. If you are a negligence-free passenger, navigating the waters and percentages can be difficult. It can be easy to miss the opportunity to make an additional claim to the untrained eye.  Call Simmons and Fletcher, P.C. for a free consultation today: (713) 932-0777.