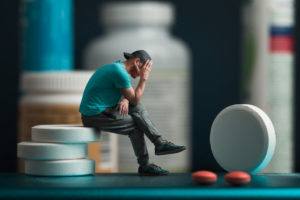 Drug manufacturers owe it to people to subject the medications they sell to rigorous testing to ensure that they are safe for consumption. Indeed, the Federal Drug Administration requires extensive testing be performed before they will stamp a pharmaceutical with their approval and allow it to be sold to the public. Unfortunately, just because a pharmaceutical is approved for sale to and use by the public, does not always mean it is safe for all possible uses.

In considering whether a drug is safe, not only should the effects of the intended use be evaluated, but the effects of known off-label uses should be considered as well. Instructions and warning labels must take into consideration all foreseeable uses and advise both the physicians and the patients accordingly.

Sometimes, the high cost of research and development and the potential earnings of pharmaceuticals can motivate manufacturers to ignore certain warning signs in favor of getting their product on the market as fast as possible. When a manufacturer has information that a drug may be harmful to people likely to use the drug and the manufacturer does not timely disclose it to both the likely patient and the F.D.A., the manufacturer can be liable for the damages caused by the negligent and/or grossly negligent failure to disclose the information.

Typically, when a pharmaceutical is determined to be defective, a class action will follow. This is what is known as a Mass Tort because the drug is sold in such huge amounts that there are, without a doubt, going to be numerous cases that arise from the sale of the defective drug. Your claim is likely to be part of a class action involving the drug and all of its known manufacturers.

Some examples of current mass tort actions involving pharmaceuticals that we may be able to help you with include:

The drug that causes the harm may or may not be a part of a drug recall. This occurs when the F.D.A. and/or the manufacturer determine that the drug needs to be pulled from the shelf for safety. It may be due to the inadequate warning labels, the contamination of the drug itself, and/or the side effects of the drug.

We are here to help. If you suspect you have been harmed due to a defective drug, give us a call to discuss your product liability claim. There is no obligation and the initial consultation is always free. We also work on a contingency fee basis where we cover the litigation expenses and we receive no fee unless a recovery is made on your case.  Call us today at (713) 932-0777.

Litigation involving defective drugs can be very expensive—costing hundreds of thousands of dollars to pursue. By bringing these cases together into class actions when mass torts are involved, the costs can be dispersed across thousands of cases making them more affordable to pursue. At Simmons and Fletcher, P.C., we recognize that handling cases in a cost-effective manner is in our client’s best interests. For this reason, we engage in co-counsel agreements and case referrals to ensure that mass tort cases are pursued in a cost-effective manner. Thus, some pharmaceutical cases are likely to be referred to other law firms with prior client approval to combine efforts to diffuse your litigation cost.