Tylenol MDL Over Autism and ADHD Following Prenatal Use Update

Several Tylenol lawsuits have been filed across the United States in Federal Courts alleging that acetaminophen manufacturers and distributors failed to warn consumers of an elevated risk of Autism and ADHD developing in babies of mothers who use the product during pregnancy. These cases have been consolidated into the Tylenol MDL in the U.S. District Court for the Southern District of New York, MDL 3043. If you used Tylenol or generic acetaminophen regularly during pregnancy and your child developed Autism or ADHD, you may have a claim for compensation. Call 1-800-298-0111 to speak to an attorney at Simmons and Fletcher, P.C., Injury and Accident Lawyers. We have been serving accident victims since 1979.

Table of Contents show
1 What Evidence is Required in a Tylenol Lawsuit?
2 Tylenol & Autism: Evidence Mounting in the Link Between Acetaminophen, Autism, and ADHD
3 How do I Prove Tylenol Usage During Pregnancy?
4 Who are the Defendants in the Tylenol Autism Lawsuits?
5 Talk to a Lawyer

What Evidence is Required in a Tylenol Lawsuit?

In order to prove that Tylenol and other product manufacturers and distributors are liable, the plaintiff must prove that the companies were aware of a serious risk and failed to take action to correct the risk imposed by the product during its normal intended use and/or failed to warn the public of the risk. Additionally, there are other issues that must be proven in a product liability case to demonstrate that the FDA was not provided with the full facts in obtaining and/or maintaining FDA approval for the sale of the product with the approved warnings.

Tylenol & Autism: Evidence Mounting in the Link Between Acetaminophen, Autism, and ADHD 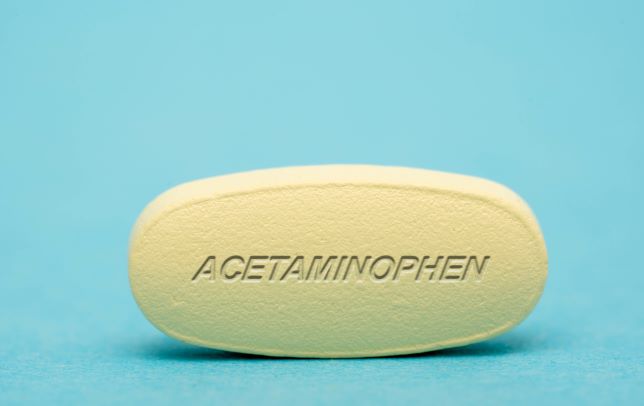 In December of 2016, a study was published in the International Journal of Epidemiology entitled: acetaminophen use in pregnancy and neurodevelopment: attention function and autism spectrum symptoms.  This study of 2644 mother and child pairs concluded:

“Prenatal acetaminophen exposure was associated with a greater number of autism spectrum symptoms in males and showed adverse effects on attention-related outcomes for both genders. These associations seem to be dependent on the frequency of exposure.”

This report raises questions as to whether Tylenol and other manufacturers should have taken action to warn the public of the elevated risk of children developing Autism and ADHD from use by the mother during pregnancy.

In 2018, another article emerged in the American Journal of Epidemiology. This article reviewed numerous studies going back to 2013 and compiled data on 132,738 mother and child pairs.  This study concluded:

“our analysis of the available evidence indicates that acetaminophen exposure during pregnancy is associated with a 20%–30% increased risk for neurodevelopmental disorders.”

Also of important note, in October of 2019, the National Institutes of Health and the Agency for Health Care Research and Quality conducted their own study led by Xiaobing Wang, M.D., of the Johns Hopkins University Bloomberg School of Public Health, Baltimore, and colleagues. It appears in JAMA Psychiatry. This study agreed that there was a link between acetaminophen use during pregnancy and an elevated risk of Autism and ADHD.

Despite all of the above mounting scientific evidence against Tylenol and acetaminophen, there is currently no black box warning label on these products to advise doctors and consumers of any link between Tylenol and Autism or ADHD following the mother’s use of the product during the pregnancy. There is further no guidance on what levels may or may not be considered safe for pregnant mothers.

How do I Prove Tylenol Usage During Pregnancy?

The mother’s medical records are a common way to document the use if the mother was seeing a doctor or ob-gyn while pregnant. Additionally, credit card records and pharmacy purchase records obtained from your regular drug store are also ways to establish the pattern of use and the product used.

Who are the Defendants in the Tylenol Autism Lawsuits?

If you have a child who developed Autism and you used Tylenol or acetaminophen (at least 10 doses) during your pregnancy after consulting and obtaining approval from your doctor, you may have legal rights. As the Tylenol MDL continues to develop and evolve, there will likely be deadlines set and minimum standards determined in the near future. We are assisting in evaluating cases where the child was born in the past 18 years but before March 26, 2020, but not in Michigan.

*Warning: you should never stop taking any medication as directed by a physician without consulting the physician first as other, more harmful effects might result.