Table of Contents show
1 Paraquat Lawyers Allege Gramoxone Causes Parkinson’s Disease
2 What is Paraquat?
3 What Injuries Are Allegedly Caused by Paraquat Exposure?
4 High-Level Acute Exposure vs Low-Level Acute Exposure
5 What is Parkinson’s Disease?
6 How Do People Get Exposed to Paraquat?
7 How Long Have the Manufacturers Known of the Dangers of Paraquat?
8 Who Are the Defendants in the Paraquat Lawsuits?
9 What Crops Were Treated With Paraquat?
10 Free Consultation

Over 2000 Paraquat lawsuits have been filed in the Paraquat MDL in the U.S. District Court for the Southern District of Illinois. Talk to a Paraquat exposure lawyer immediately if you have been diagnosed with Parkinson’s Disease and you were exposed through work or repeated applications of the weed killer and crop desiccant Paraquat, known under the brand name Gramoxone. Numerous lawsuits have been filed and 32 countries have banned the use of Paraquat due to a link between Paraquat exposure and the development of Parkinson’s Disease. Time may be running out on your claim. You can get connected to a paraquat exposure attorney today by calling Simmons and Fletcher, P.C., Injury & Accident Lawyers, at 1-800-298-0111.

Paraquat Dichloride a/k/a Paraquat is a quaternary ammonium compound or Quat. Quats are best known as disinfectants, however, Paraquat is used as a broad-spectrum, fast-acting contact herbicide. It is sold in the United States under the brand name Gramoxone.

A desiccant is a chemical used to “dry up” or kill the plant so that the crop is easier to harvest and process. It is applied as a direct spray and only kills the leaves that come in direct contact with the compound. Paraquat is inactivated when it lands on the soil. Paraquat is not registered for residential use. Thus, it is only permitted to be applied under the supervision of a licensed applicator.

What Injuries Are Allegedly Caused by Paraquat Exposure?

Paraquat is characterized as having high acute inhalation toxicity, moderate acute oral toxicity, and slight acute dermal toxicity according to research done by the National Toxicology Program of the U.S. Dept. of Health & Human Services.   High-level acute exposure is associated with pulmonary toxicity since Paraquat has been shown to accumulate in the lung tissues. Low-level ongoing exposure has been associated with damage to the lungs and central nervous system.  Talk to a paraquat exposure attorney to learn more.

What is Parkinson’s Disease?

Parkinson’s tends to be defined in stages 1-5 for its degree of severity. In the latter stage, the patient is often confined to a wheelchair.

How Do People Get Exposed to Paraquat? 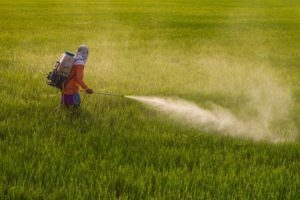 How Long Have the Manufacturers Known of the Dangers of Paraquat?

Internal documents uncovered by The Guardian suggest that the manufacturer Syngenta’s “insiders feared they could face legal liability for long-term, chronic effects of paraquat as long ago as 1975.” Studies specifically linking Paraquat exposure and accumulation in brain tissue and neurological tissue damage consistent with the etiology of Parkinson’s disease have existed as far back as 2002. McCormack AL, Thiruchelvam M, Manning-Bog AB, Thiffault C, Langston JW, Cory-Slechta DA, Di Monte DA. 2002. Environmental risk factors and Parkinson’s disease: selective degeneration of nigral dopaminergic neurons caused by the herbicide paraquat. Neurobiol Dis 10(2): 119-127. Research published in 2007 in the American Journal of Epidemiology suggested that the use of Paraquat within 1600 feet of a home increased the residents’ risk of developing Parkinson’s Disease by 75%.

Who Are the Defendants in the Paraquat Lawsuits?

The primary defendants include Syngenta Crop Protection, LLC., Syngenta AG, Growmark, and Chevron U.S.A., Inc. Syngenta Crop Protection, LLC., Syngenta AG, and Growmark, are the manufacturers of Paraquat and are headquartered in Basel, Switzerland. U.S.A., Inc. distributed and sold Paraquat under the Brand name Gramoxone in the United States pursuant to an agreement with Imperial Chemical Industries (ICI)—a predecessor to the Syngenta companies.

The lawsuits accuse these defendants of making, marketing, and selling a product that they knew causes Parkinson’s disease and of concealing the risks of the herbicide and hiding evidence of its dangers from government safety agencies to as to be able to sell the product in the United States for the past 50+ years.

What Crops Were Treated With Paraquat?

You should obtain a free consultation with a Paraquat exposure lawyer if you worked with or around Gramoxone (Paraquat) or live near a farm that you suspect may have applied Paraquat and you developed Parkinson’s Disease. You may be subject to a short statute of limitations stemming from the date of your diagnosis and/or when you knew or should have known of the relation between Paraquat and Parkinson’s Disease.  Thus, your time to file a claim may be very limited.

Simmons and Fletcher, P.C., Injury & Accident Lawyers are personal injury attorneys who represent victims exclusively on a contingency fee basis. Call 1-800-298-0111 to be connected with a Paraquat exposure lawyer. SOme mass tort claims are handled in association with other law firms.