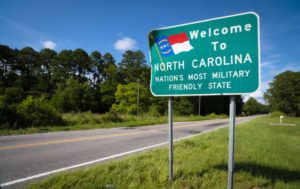 The Federal government recently passed the Camp Lejeune Justice Act of 2021 which reopens the long-expired statute of limitations for persons who lived and/or worked at Camp Lejeune Marine Corps Base in Jacksonville, North Carolina, for a period of 30 days or more between 1953 and 1987.

If you developed cancer or other serious illnesses after having lived at Camp Lejeune during that period, talk to a Camp Lejeune lawsuit lawyer to determine whether you qualify to file a claim.

These claims are based upon exposure to contaminated water which may have occurred through drinking water consumption, bathing water, swimming, washing laundry or dishes, or any other exposure to the water supply in that area.

How Did the Camp Lejeune Water Contamination Occur?

Poor regulation of disposal dumps operated on the base, a private dry cleaner, and leaking underground storage tanks all contributed to the contamination of groundwater at Camp Lejeune. This, in turn, allowed for the pollution of the water treatment plants.

All of these items were unsafely stored and/or disposed of, many of which occurred prior to the existence of Federal laws to prohibit such activity.

In 1989, Camp Lejeune was placed on the Superfund Site list. Superfund is a series of laws that allows the government to sue anyone related to a polluted property to force a cleanup.

Superfund was created as a way for the government to fund the cleanup of public and private properties that were polluted by improperly stored and/or disposed of hazardous waste and to then go after the perpetrators to recoup the costs.

Superfund allows the government to sue any party that caused the pollution and/or had an ownership relation to the property in order to recoup the cleanup costs.  This law has been used to force the cleanup of underground gasoline storage tanks that rusted out and leaked across the country. The cleanup of the Camp Lejeune site has been ongoing since 1992.

What was in the Camp Lejeune Water?

What are the Potential Injuries from Camp Lejeune Water Exposure?

According to the Agency for Toxic Substances and Disease Registry, their studies have shown that exposure to Camp Lejeune contaminated water increases a person’s risk of developing certain birth defects and cancers including:

How Do I File a Camp Lejeune Cancer Claim?

In order to file a claim, you must within 2 years of the passing of the act, complete and submit a Standard Form 95 (SF-95) to the Navy’s Tort Claims Unit in Norfolk, Virginia. You may do this on your own or by hiring an attorney to do so for you.  The form requires you to provide detailed information about you, your injuries, and any other compensation you have received related to the injuries.  The government is entitled to offset any money recovered for your injuries by way of VA Benefits, Social Security, or Medicare/Medicaid.

Your claim is a toxic tort claim against the United States which the government has granted permission to bring via the Camp Lejeune Justice Act of 2022. Upon submitting your claim, the Navy Tort Claims Unit has 180 days to investigate and take action upon a properly submitted Camp Lejeune cancer claim.

If the Navy fails to take action or outright denies the claim, you have 180 days in which to file a lawsuit but in any event, it must be filed no later than August 10, 2024.  Lawsuits are required to be filed in the United States District Court for the Eastern District of North Carolina. Failure to file your claim within 180 days or before August 10, 2024, will result in your claim being barred. The full statute governing claims can be found here.,

Get Help with Camp Lejeune Claims

Navigating the claims process can be challenging—especially finding the right experts to connect the illness to the Camp Lejeune water contamination.  If you have suffered from cancer or another serious illness listed above, a Camp Lejeune water contamination attorney may be able to help. Our law firm is happy to connect you with one. Call us at 1-800-298-0111 to get connected today.