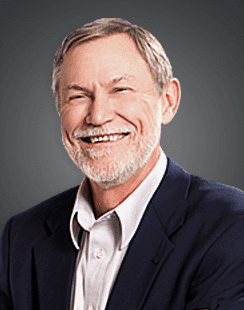 Keith Milton Fletcher went to be with the Lord on August 11, 2019.  He was one of the original founders of Simmons and Fletcher, P.C. His vision lives on through his son, Christopher K. Fletcher.

Keith earned a degree in business and economics and initially went to law school to become a better businessman. At Baylor, he was “bitten by the litigation bug” because they are so strong on preparing attorneys to go to trial.

Keith served as the lead personal injury trial attorney at Simmons and Fletcher, P.C. from 1979 until August of 2019.

Keith was Board Certified in Personal Injury Trial Law by the Texas State Board of Specialization from 1984-2019. He was named a Texas Super Lawyer by Thompson-Reuters 2013-2019, a Top 100 Trial Lawyer by the National Trial Lawyers Association in 2013, 2018, and 2019, and a Top Lawyer by Houston Magazine 2013-2019. He was also a Lifetime Member of the Million Dollar Advocates Forum at the time of his passing. 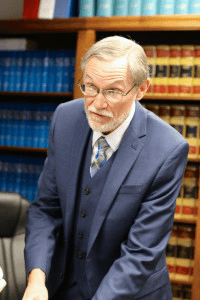 Keith graduated Magna Cum Laude from Houston Baptist University in 1977, having completed his Bachelor of Science degree in Economics and Business in just 27 months.  He earned his law degree at Baylor, graduating in 1979, and became Board Certified in personal injury trial law in 1984. He served as a member of the Texas Bar Association, the Texas Trial Lawyers Association, the American Association for Justice, the Association of Plaintiff Interstate Trucking Lawyers of America, and the Houston Trial Lawyers Association. Keith is licensed to practice in the state of Texas, as well as in the Southern, Western, and Eastern Federal District Courts.

He and his wife Lane married in 1978 and had 4 children. As of the time of his passing, he served as an Elder at Grace Presbyterian Church in Houston, Texas, served on the Board of Trustees for Presbyterian Mo-Ranch Assembly, a Christian camp and conference center located in the Texas Hill Country.  Keith also served with the Kairos Prison Ministry.

Keith was also on the Board of Trustees for the Hospitality Apartments, a place that provides free temporary living quarters for persons undergoing treatment at M.D. Anderson.