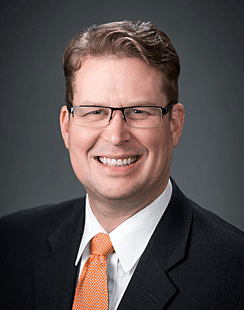 Paul Cannon earned his law degree and passed the bar in 1995. He immediately began his practice in personal injury trial law with Simmons and Fletcher, P.C. His dedication and hard work earned him Board Certification in Personal Injury Trial Law in 2005. Among his awards are “Top Lawyer” by H Texas Magazine in 2020, recognition as a “Super Lawyer” by Thompson Reuters for the fifth consecutive year in 2021, and recognition as a “Top 100 Trial Lawyer” by the National Trial Lawyers Association, 2020 and 2021. The top two lawyer rating websites rate him a 10/10 by AVVO and a 5/5 AV Rating by  Martindale Hubble.

“I think that a lot of what drives me to do this kind of work is compassion,” Paul says. “I’ve always been good at listening to people, listening to their complaints, and developing a plan to address their problems. I have a knack for listening to people and not just acknowledging what they have to say but really hearing them and understanding the problems that lie beneath the surface.” 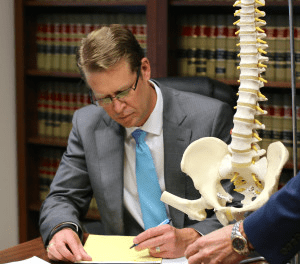 Paul believes that his involvement with church mission groups has helped him develop a compassionate spirit. As a missions leader for his Sunday school class at Second Baptist Church, he volunteered with the Angels of Light project, providing meals and Bibles to less fortunate families. He organized a project that prepared and delivered over 300 sack lunches to the homeless in downtown Houston, coordinated a project to take the children of the Star of Hope Single Mom’s Shelter to a hockey game, and organized a team to strip and repaint an elderly wheelchair-bound Houstonian’s home. At Metropolitan Baptist Church, he coordinated a project that involved having the entire Metropolitan Baptist Church’s nursery create Mother’s Day Cards (about 300) that he and his family then delivered and distributed to Houston nursing home residents. He also led groups to do volunteer work including land clearing, maintenance, building restoration, and fund-raising for the Home of Hope, Texas, a mission that assists the victims of human trafficking.

Paul believes that there is a mission aspect to his work as an attorney, as well.

“There are people who need help, and part of what we do here is to help those people. People who have been injured don’t know where to turn, where to go. My job is to step in and help them put their lives back together.”

Unlike some lawyers who are primarily concerned about the financial aspect of the case, Cannon takes the time to talk with clients and develop a relationship so that he can understand all the ways a case has impacted their lives.

“This enables me to turn around and present their case to the jury in a way that they can fully understand,” he explains. “It’s not all about money. Part of my client’s life has been stripped away. It’s about putting their life back together.”

Board-certified in personal injury trial law by the Texas State Board of Legal Specialization, Paul genuinely enjoys the process of litigating cases before a jury. 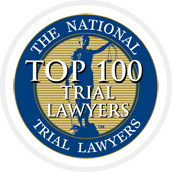 “The only thing I ever wanted to do was trial law. I turned down an opportunity to do appellate work because I wanted to do trial work. Contract law has no heart or soul. This is riskier, but the reward is a lot higher, too. When you win a case for someone whose life has been turned upside down–it’s a good feeling. It is what inspires me to strive to be the best personal injury lawyer  I can be.”

Paul Cannon received a Bachelor of Arts degree in Philosophy from the University of Texas and attended South Texas College of Law, where he received his degree in 1995. While in school, he was an active member of the Phi Delta Phi Honorary Legal Fraternity, the Student Bar Association Student Concerns Committee, and the Houston Young Lawyer’s Association Environmental Committee.

Paul and his wife were married in 2001 and are proud parents of two children. They currently attend Fairfield Baptist Church in Cypress, Texas.

In addition, to building his practice as an attorney, Paul has been involved as a drummer and manager in the Texas music scene during his career. In 1990, he was a co-founder of the Band Skellington. The band broke up when Paul left for law school in 1992. The singer, Britt Daniel, went on to become the frontman and mastermind behind Spoon–one of the biggest alternative/indie bands to come out of Austin, Texas.  Paul also played with a Houston-based alternative music band The Abyss from 2009-2011.  He has also advised musicians on contracts and promotion. 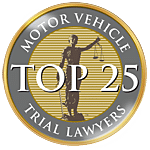