Mediation of a Personal injury Case

Table of Contents show
1 What Happens During Mediation?
2 What are the Advantages of Mediation?
3 When is Mediation Appropriate?
4 What if No Resolution is Reached at Mediation?
5 Can You Mediate Without an Attorney? 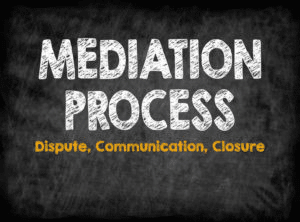 Mediation is a form of alternative dispute resolution (ADR) where the parties in dispute sit down with an independent party who attempts to facilitate a settlement of the dispute by agreement. Unlike arbitration, the other common form of alternative dispute resolution, the mediator does not act as a judge nor render a decision. Instead, the role of a mediator is to attempt to help the parties reach a settlement without the need for a trial or arbitration hearing. Thus, the focus is on finding a resolution, rather than on proving that one party or the other is wrong or at fault.

What Happens During Mediation?

The mediation process may differ slightly depending on the mediator and the case type, but the process is more informal than a court proceeding and generally involves the following steps:

Depending on the mediator and the type of case, the mediator may bring the parties back together to review the final resolution and sign an agreement or may draft an agreement based on his or her individual discussions with each party and submit to each in turn. Often, an issue that might have required multiple days (or even weeks) in a trial can be resolved in a single day of mediation, or even a few hours.

What are the Advantages of Mediation?

When the parties are willing to attempt to reach a compromise, mediation offers several benefits:

The mediation process itself has no binding effect unless the parties come to an agreement. Furthermore, and there is no decision-maker in the mediation process. However, if certain procedural requirements are followed, the agreement reached during the process becomes a binding contract and may be incorporated into a court order.

When is Mediation Appropriate?

Mediation is an option in most civil cases, from personal injury suits to contract disputes. Many Civil District Courts in Harris County require parties to either mediate or attempt some other form of Alternative Dispute Resolution before going to trial. It is particularly encouraged in divorce cases involving children because bringing the parties together to negotiate an agreement that both are willing to accept can facilitate future communications and cooperation.

In some cases, the court may order the parties to attempt mediation before proceeding to a contested hearing. In others, the parties may opt for mediation on their own, either before a civil case is filed or in an attempt to settle the case before trial.

What if No Resolution is Reached at Mediation?

If the parties are unable to reach an agreement, the next step is typically to proceed as they would have if mediation had not been attempted, by submitting the matter to arbitration or proceeding with a civil lawsuit. Because mediation is relatively inexpensive and takes little time compared with a more formal legal proceeding, there is usually little downside to attempting mediation before pursuing other avenues. However, a successful resolution of a case requires a good-faith effort on the part of both parties.

Can You Mediate Without an Attorney?

Parties seeking to resolve a civil dispute may proceed to mediation without legal representation or may go through the mediation process with their attorneys. While some parties may be inclined to attempt mediation without hiring an attorney in the hopes of saving money, there are risks associated with that approach. Although the mediator may be an attorney, he or she will not be able to provide legal advice to either party. That means that a person who goes through mediation without the benefit of counsel may not fully understand the legal ramifications of the agreement, or may overlook important issues.

When each party is represented by an independent attorney, the parties have an opportunity to ensure that the legal issues are properly formed, that all important issues are addressed and resolved in the mediation process, and that each fully understands the legal implications of the agreement.  At Simmons and Fletcher, P.C., Injury & Accident Lawyers, we regularly represent our clients at mediation. Furthermore, we encourage our clients to attempt case resolution via mediation whenever possible, but only with the presence and assistance of counsel.