Information About the Similac Lawsuits and Enfamil Lawsuits

What are the Similac Lawsuits and Enfamil Lawsuits all About?

Table of Contents show
1 What are the Similac Lawsuits and Enfamil Lawsuits all About?
2 Baby Formula for Premature and Low Birth Weight Babies
3 The 1990 Cambridge Study
4 The Neonatal Research Network Study of 2016
5 The Baby Formula Lawsuits

Similac and Enfamil are two extremely popular breast milk replacement baby formulas that are heavily marketed today. But thousands of consumers have filed Similac lawsuits and Enfamil lawsuits alleging that these products actually caused harm to their low-birth-weight babies. This article will help you better understand why. 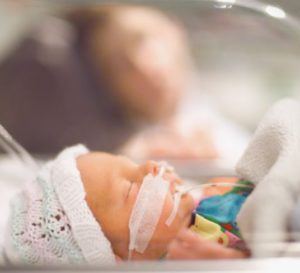 Certain formulas of Similac, made by Abbot Laboratories, and Enfamil, made by Mead Johnson Nutrition, are high-calorie products made from cow’s milk that are marketed for use with premature babies. However, studies suggest that the use of these products with premature babies increases the risk that the babies may develop necrotizing enterocolitis (NEC)—an intestinal condition that normally only occurs in 1/1000 babies and may result in life-long medical issues or death. Surprisingly, neither of these products presently contain a warning label to advise newborn parents of the increased risk that studies suggest is caused by their use in premature babies. As a result, parents of premature babies who developed NEC after formula use are hiring baby formula lawyers to bring claims against these companies for their failure to warn about this potential increased risk.

In 1990, Science Direct published an article by medical researchers from the University Department of Paediatrics and MRC Dunn Nutrition Unit, Cambridge, UK, titled: Breast Milk and Neonatal Necrotizing Enterocolitis. 926 infants were included in the study, of which 51 developed necrotizing enterocolitis. What the researchers found was that babies who consumed only cow-based formula and no breast milk were 6-10 times more likely to develop NEC than those consuming breast milk only.  Babies who consumed both were 3 times more likely to develop NEC than those that consumed only breast milk. Additionally, for babies born at more than 30 weeks gestation NEC was 20 times more common for babies consuming formula only vs those consuming breast milk only. If there was medical evidence such as this available to manufacturers of baby formula, wouldn’t you expect them to add at least an advisory warning label on the product that they are marketing for use with premature babies?  Wouldn’t that be the responsible thing for a company to do knowing that the mortality rate in premature babies with NEC in the above study was 26%?

The Neonatal Research Network Study of 2016

The link between NEC and cow-based formula use in low birth weight infants was confirmed by researchers from the Eunice Kennedy Shriver National Institute of Child Health and Human Development Neonatal Research Network in a study published in August of 2016 in the Journal of Pediatrics. In that study, they found that necrotizing enterocolitis had a 1.3% occurrence rate in low-birth-weight infants that were fed human breast milk at least 98% of the time. This was in sharp contrast to the 11.1% occurrence found when the infants had an exclusively formula-based diet and 8.3% when the infant had a mixed milk and formula diet. They concluded that there was a link between a low-birth-weight infant being fed formula and the development of NEC.

As a parent of a prematurely born baby, wouldn’t you want to know if there was an increased risk of harm to your child by doing something as simple as providing them baby formula? With two separate studies drawing the same causal link, one would expect the product manufacturer to provide a warning to consumers so that they can make informed decisions. One would expect them to alert the medical community as a whole so that doctors are aware of the risks before recommending formula feeding to parents of low-birth-weight babies.  This is what the Similac lawsuits and Enfamil lawsuits are all about: common decency. Something corporations rarely display when it would negatively affect their profits. If your premature baby developed NEC after being fed Similac or Enfamil, discuss your options with a baby formula attorney to learn your rights today.