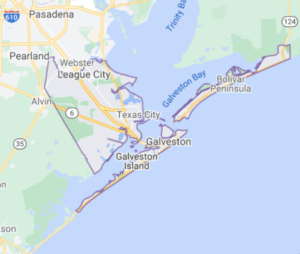 Galveston County encompasses a large number of communities. While some like Galveston and Texas City are incorporated with their own Animal Control, others like Hitchcock and Bayou Vista are not.  Thus, it can be confusing to determine who to call when a dog bite occurs.

What is the City of Galveston Animal Control Phone Number?

If you live in the Galveston city limits, you can call Galveston Animal Control at 409-765-3702.   The number is open for reporting animal bites 24 hours, even when the offices are closed.  They will not take calls of dogs merely running at large after hours unless a bite/attack is involved.

What is the Galveston County Animal Control Number?

If you are bitten by a dog or other animal in unincorporated areas of Galveston, you call Galveston County Animal Control at 409-948-2485.  It is more commonly known as the Galveston County Animal Resource Center or “ARC.” The number applies to the following territories: Bayou Vista, Hitchcock, Kemah, La Marque, and Tiki Island. These areas are not incorporated municipalities and thus, do not maintain their own Animal Control Services apart from Galveston County. The ARC is also the local rabies authority where citizens are required by County Ordinance to report animal bites, scratches, or attacks.

In the event that you cannot reach animal control, you should contact the Galveston County Sheriff at (409) 766-2300 for animal attacks.

What is the Texas City Animal Control Phone Number?