What is Non-Hodgkin’s Lymphoma?

In its early stages, many people have no symptoms from non-Hodgkin’s Lymphoma. As it develops into the latter stages III and IV, symptoms are more likely to occur.  The symptoms include:

If you suspect you may have non-Hodgkin’s Lymphoma, you have treatment options. The first step is to see your medical professional and get tested. This may require a biopsy of the lymph nodes. Once you have been diagnosed, the treatment options your doctor should discuss with you may include any or all of the following: 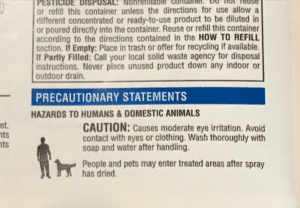 Roundup has been identified as a probable cause of non-Hodgkin’s Lymphoma by the EPA and WHO.

The exact cause of non-Hodgkin’s Lymphoma is not known.  Certain genes (oncogenes) regulate when cells grow and divide. Other genes (tumor suppressor genes) help keep cell division under control. When DNA is mutated, uncontrolled cell division may occur resulting in cancer formation.

Non-Hodgkin’s Lymphoma does not appear to be hereditary.  People who are at higher risk are persons who have the following:

If you have lost a loved one who developed non-Hodgkin’s Lymphoma following long-term or excessive exposure to insecticides or herbicides such as Roundup, contact a wrongful death lawyer today to discuss your options. Call us at (713) 932-0777.