What are Punitive Damages?

What Are Punitive Damages?

Punitive damages are damages awarded in a civil trial as a way to punish a defendant for gross negligence or severe misconduct. They are also called exemplary damages.  Although the purpose behind punitive damages is not to compensate the plaintiff, they are paid to the plaintiff in court, making their financial recovery significantly smoother. In Texas, exemplary damages are defined and regulated by Chapter 41 of the Texas Civil Practice and Remedies Code:

Thus the two are used interchangeably to describe the same thing.

How Much May a Person Recover in Punitive Damages? 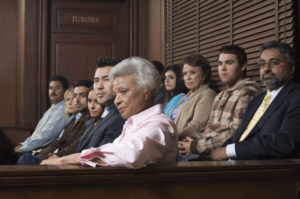 The amount that you may recover in punitive damages is limited by any statutory caps on punitive damages in the state where your trial takes place and the Due Process Clause of the Fourteenth Amendment to the United States Constitution which requires that the award not be excessive. Within those limitations, a jury may impose whatever amount it sees fit.

Under the Due Process Clause of the Fourteenth Amendment, the imposition of excessive punitive damages is strictly prohibited. Because the main purpose is to punish the wrongdoing of the defendant, rather than compensate the plaintiff, state, and federal courts have implemented guidelines to ensure damages are reasonable and fair.

In the Supreme Court case State Farm Mutual Automobile Ins. Co. v. Campbell, 123 S. Ct. 1513 (2003), the United States Supreme Court held that the punitive damages awarded were excessive and therefore in violation of the Due Process Clause. In this case, the Court applied three guideposts that had been established in prior case law:

The Supreme Court did establish guidelines related to the second guidepost to help clarify the permissibility of the ratio between actual and punitive damages. The Court held that the degree of punishment must be reasonable and proportionate to the amount of harm the plaintiff suffered and the damages recovered. While punitive damages are constitutional, in this case, the Supreme Court applied guidelines to ensure they are not abused.

Who Has the Burden of Proof for Punitive Damages?

What is the Burden of Proof for Punitive Damages in Texas?

The Requirement of Proof of Actual Damages

Additionally, in order to receive punitive damages in Texas, the plaintiff must prove actual damages. Actual damages, also known as compensatory damages, are awarded based on proven injuries suffered by the plaintiff such as medical bills and lost wages.

What Must You Prove to Recover Exemplary Damages in Texas?

In order to recover exemplary damages in Texas, the plaintiff must show that the harm resulted from fraud, malice, or gross negligence.  Gross negligence means an act or omission: