In recent Houston news, a well-known DJ known as DJ DBaby fell from a 13th floor balcony. This fatal fall is still under investigation by the police to determine how it could happen. There are several ways these tragic falls may occur. They may be the result of an unnatural cause such as foul play or suicide, or they may be the result of negligence on the part of the property owner. The police have not released their official investigation results yet but have indicated that DJ DBaby’s fall may have just been an accident.

Table of Contents show
1 Balcony Falls Due to Property Neglect
2 What Caused DJ DBaby’s Balcony Fall?
3 Hiring an Attorney to Investigate a Balcony Failure Accident
4 How Can You Preserve Evidence in a Balcony Fall Accident?
5 Proactive Investigation 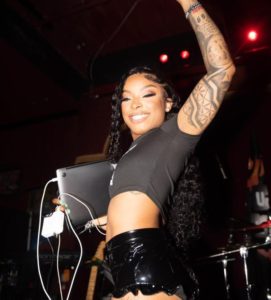 Balcony Falls Due to Property Neglect

Balcony falls due to negligence occur in two primary ways: the railing collapses or the floor collapses. Landlords have a legal duty to provide a place that is habitable. This means the balcony must be designed in such a manner that it is safe for normal use. Balcony rails have to be attached in such a way that they will hold people up when they lean on them. Balcony floors need to be sturdy enough to hold the maximum number of anticipated users. Usually, they are designed this way from the start. However, where some property owners go wrong is that they fail to account for the gaining of the property and the normal wear and tear over time on the attachments.  If property owners fail to conduct regular inspections to ensure the wood doesn’t rot and the metal doesn’t rust and break, tragedy may occur. When the balcony DJ DBaby was on was last inspected has yet to come out.

The police have yet to release details of the cause of DJ Dbaby’s fall. When the police investigate a balcony accident, they are typically looking to rule out foul play. They will simply look at the circumstances and talk to potential witnesses to see if they can call it a murder, a suicide, or an accident. Apparently, DJ DBaby’s partner—the rentor of the apartment–was present at the time. If they rule it is an accident, their investigation is most likely over. But, for the family, questions often still remain.

Hiring an Attorney to Investigate a Balcony Failure Accident

When the police determine that a fall from a balcony was an accident, an attorney who handles balcony failures can sometimes get more answers.  The key is to hire a balcony railing accident lawyer who has access to qualified experts who can investigate the case from a liability standpoint. The key is determining where the failure occurred and whether an inspection would have prevented it. Then asking, why didn’t this inspection occur? A good balcony accident lawyer will also take steps to preserve the evidence so that it does not get swept under the rug.

How Can You Preserve Evidence in a Balcony Fall Accident?

There are two ways to do this: 1) send a letter to preserve the evidence, and; 2) file a lawsuit and issue a TRO until you can get a court-ordered inspection set up. Both should be done if there is reason to believe negligence played a role in the balcony fall. Evidence of a balcony failure can disappear or be covered up when a balcony gets repaired. Thus, it is critical that if you do not have access to the balcony post-accident, you have an attorney take steps to preserve the evidence.

Rumors and theories are flying all over the internet about the DJ DBaby balcony fall case. The police are still investigating, however, so we do not yet know the cause of the DJ DBaby balcony fall.  It could be a while before they release official results given the public nature of the matter in the media. We also do not know if the property owner will be given access to make changes/repairs before the results are released. This is yet another reason why it is important to take steps to ensure the evidence is preserved even when the police are done in balcony fall cases. One should simply not just trust the system and hope the police look into all possible causes.