A Piper PA-28 Cherokee 140 engine horsepower plane crashed in a field near the West Houston Airport south of the Barker Dam around 2 p.m. on Wednesday, December 8, 2021.  Both the pilot and the passenger were killed in the private plane crash.  The pilot has been identified as Solomon Babalola, 23, of Katy, and the passenger as Apesin Oluwafunmilayo, 20, of Houston.

The National Transportation and Safety Board was on-site Friday morning to view the wreckage. The Piper PA-28 Cherokee in use was a two-seater light aircraft designed for flight training, air taxi, and personal use.

It has been reported that Solomon was a student pilot and had not yet obtained his private pilot’s license. Pursuant to 14 CFR 61.87(n) A student pilot may not operate an aircraft in solo flight unless that student pilot has received an endorsement in the student’s logbook for the specific make and model aircraft to be flown by an authorized instructor who gave the training within the 90 days preceding the date of the flight. It is unclear whether such an endorsement was obtained. 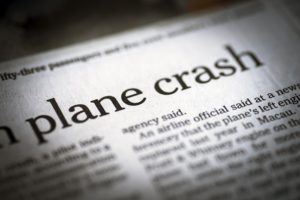 The private plane’s transponder wasn’t working properly, so the staff at West Houston Airport was not aware the plane event went missing until a friend of one of the occupants came to the airport the next day looking for the two.  Airplane transponders are critical for the safe operation of a plane. The transponder allows the plane to be tracked and identified by the airport and other planes.  They were essentially flying invisible.

There are many questions yet unanswered from this private plane crash in West Houston, including:

There are often several parties who may bear responsibility when a small plane crashes as in this case, ranging from the owner, the maintenance crew, to the pilot, and more.  Hopefully, the NTSB investigation will answer some of the above questions.