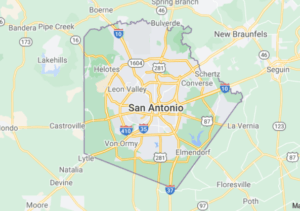 What Animal Control Services Do I Call in San Antonio?

The phone number for animal control services in the City of San Antonio is 210-207-4738. However, be aware that if you are outside the city limit, there are 8 counties that make up the San Antonio-New Braunfels metropolitan area and each has its own contact number. You need to check your specific County if you are not actually in the city limit.

Bexar county encompasses most of the San Antonio area, which is approximately 500 square miles. So determining who to call can be confusing. The City of San Antonio Animal Care Services Department provides a link to the most updated Animal laws governing the municipality.

What Animal Control Phone Number do I Call if I Live in Bexar County?

What Animal Control Do I Call if I Live Outside Bexar County?

Bexar County encompasses most of the City of San Antonio; however, for the other counties in unincorporated communities outside of San Antonio, you will need to call the respective county. The phone number for animal control services in these areas can be found below.

Speak to an Attorney Today

If you or someone you love has been seriously injured as a result of a dog attack, consult an experienced dog bite attorney today. The laws and regulations governing animals in a municipality differ between counties and cities. Call Simmons and Fletcher, P.C., at (713) 932-0777 for a free case evaluation.