Can I Sue the Government for a Personal Injury? 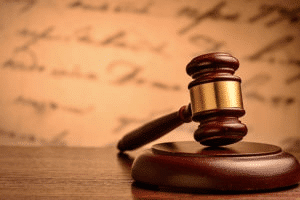 It happens often enough that a government employee is in the exercise of his or her normal and expected duty and while using a state car, gets into an accident. A recent local case is a prime example of this scenario. A police officer responded to an emergency call, drove through an intersection, and hit the plaintiff’s car, causing injuries. City of Brazoria v. Ellis, No. 14-14-00322-CV (Tex App. May 28, 2015) memorandum opinion. Under common law, an individual has no right to sue the state. The state has sovereign immunity. In order to sue the government for any reason, you must have the government’s permission.

What is Sovereign Immunity?

The Doctrine of Sovereign Immunity is a common-law rule stating that the government is not liable to its citizens for torts. Under this rule, the government must give people permission to sue them.

The State of Texas, however, like many other states grants citizens the right to sue the State, cities, and/or counties by Statute.  The Statute is called the Texas Tort Claims Act.

What is the Texas Torts Claims Act?

The Texas Torts Claims Act (Section 101 of the Texas Civil Practices and Remedies Code) grants permission to sue the State of Texas for certain specific limited circumstances that are defined under the statute.

With respect to personal injury claims in Texas, there are two grounds:

What Notice is Required for a Texas Tort Claim?

Under Section 101.101 of the Texas Tort Claims Act, the State of Texas is entitled to a “notice of claim” within 180 days of the incident occurring. Otherwise, the claimant loses the right to pursue a lawsuit. Without proper notice, the trial court is without jurisdiction to hear a case under the Tort Claims Act. Furthermore, this six-month timeline is not tolled or suspended, because the victim may be a minor. (The notice period can be and often is shortened by municipalities and/or counties) The notice must include the following information:

If the State government entity has actual notice that someone died, sustained some injury or property damage, then notice is not required. The government entity must have actual notice of the same information that must be included in the notice. The notice requirement is merely a necessary first step, or, condition precedent, to proceed with a lawsuit.

What is the Statute of Limitations on a Tort Claim Against the State of Texas?

Assuming proper notice was timely filed within 180 days, the plaintiff still has up to two years after the incident to file suit. Failure to file the notice in 180 days, however, kills the case immediately if the government entity is not on notice otherwise. Cities often shorten the notice period. For example, the City of Houston is 90 days.  Thus it is critical that you take action immediately. See: Is a City Liable for Defects in City-Owned Sidewalks?

What Are the Limitations on Damages Under the Texas Tort Claims Act?

Can I Sue Police or Fire For Negligence During an Emergency Response?

Actions against emergency responders are severely limited under the Texas Tort Claims Act. As long as the state actor is properly responding to an emergency call or responding to an emergency situation and the actor does not act ‘with conscious indifference or reckless disregard for the safety of others,’ there is no waiver of sovereign immunity under the Act and, therefore, no claim may be brought.  Texas Civil Practice and Remedies Code, § 101.055. This protects the government from liability for police officers and government-operated ambulance drivers who are in an auto collision while responding in good faith to an emergency situation.

Thus, there are certain cases and circumstances under which you may sue the government in Texas when a tort is committed by the government. However, there are strict rules and notice requirements you must follow. Thus, you should seek legal advice immediately if you were injured due to the negligence of a government employee, agency, or official.