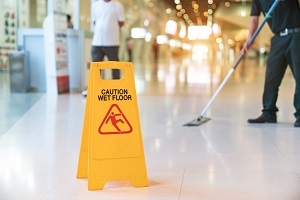 Table of Contents show
1 Kroger Slip and Fall Lawyers
2 Tips for Kroger Claims
3 Should I Report the Incident to Kroger?
4 Do Not Make Conclusory Damaging Remarks in Haste
5 Do Seek Medical Attention Immediately
6 Do Photograph the Cause
7 Preserve the Video
8 Don’t Give a Recorded Statement
9 Conclusion

If you have been injured due to a slip and fall at Kroger, call a lawyer who handles Kroger slip and falls to learn your rights. Kroger is the largest revenue-generating retailer in the United States as of 2016 with headquarters in Cincinnati, Ohio where it was formed in 1883.  Kroger operates over 3500 supermarkets, stores, and convenience stores across the United States. Naturally, a retailer of this size is going to have slip and fall type accidents arise from time to time. It should come as no surprise then, that they have set policies and procedures in place for documenting, dealing with, and defending slip and fall accidents that occur upon their premises. These policies are set u to help them defend against your claim.  Don’t get victimized a second time by a tricky claims adjuster, call a lawyer who handles Kroger slip and falls claims today at (800) 298-0111.

Here are some tips on things you should do and things to expect if you have suffered an injury due to a Kroger slip and fall accident.

Should I Report the Incident to Kroger?

First and foremost, if you experience a slip and fall accident at Kroger, report the incident to a store manager. This should trigger them to investigate the cause and take down a report of what happened. If there are employees in the area that may have been a part of the creating of the slippery condition that caused your fall, it is wise to get their names documented.

Do Not Make Conclusory Damaging Remarks in Haste

Keep your description simple. Stick to the facts.  For example: “I was walking and felt my feet slip out from under me” is an ok description.  Don’t make conclusory statements or guess what happened by saying things put of embarrassment such as: “I must not have been looking where I was going” or “I guess I wasn’t paying attention.” Many people do not realize it but simply falling on someone’s property due to water on the floor does not make them liable for your injuries. To prove a premise liability case, you must show that they were aware of the dangerous condition before you fell and did not act reasonably to clean it up or warn you. You must also prove that you were exercising reasonable care and that you were not aware of the dangerous condition.  Your statements to any manager, employee, or adjuster action on behalf of Kroger can be used against you.

Many people make the mistake of letting their embarrassment from having fallen or their adrenaline rush from the scare drive them to not report the fall and not to ask for help when they are hurting. This is a big mistake. Slip and fall accidents can cause serious injuries. Some of the most common injuries caused by slip and falls include:

Do not assume that the pain you feel now will just go away. When the excitement wears off, you may feel much worse than you suspect at the time. If you hurt, get medical help.

Do Photograph the Cause

Do not assume that evidence in your favor will be preserved. If you have a cell phone with you and are physically able to do it, snap photos of the condition that caused the fall and, if possible, its source. You cannot expect any store to preserve evidence that would make them responsible for someone’s injuries.

Like many stores, Kroger stores are equipped with a multitude of video cameras. Do not assume they will save this evidence for you. Many supermarkets have set policies to “recycle” videotapes after a certain number of days. Kroger Co. has been sanctioned in at least one case for not preserving the video footage of a fall despite having a camera pointed at the area of the fall. (See Kroger, Co. v. Walters, 735 S.E.2d 99 (Ga. App. 2012).

In Texas, a grocery store like Kroger has no duty to preserve the evidence until the injured party sends them a notice letter instructing them to not destroy the evidence. Furthermore, you need to specify that you want the video for the entire 24 hours preceding the fall if you want to have a chance of seeing the originating cause of the condition. It is a mistake to simply request the video of the fall itself because this will not show the cause nor how long the condition was present. Failure to draft and send the right non-spoliation of evidence letter timely could result in the loss of critical evidence in your case.

Don’t Give a Recorded Statement

After a Kroger slip and fall, it is not uncommon for you to receive a phone call from a third-party administrator wanting to discuss your incident. Sedgwick Claims CMS commonly handles accident claims for Kroger.  They do not work for Kroger per se. Rather, they are a company that helps Kroger resolve and defend against liability claims.  They work on behalf of Kroger. It is in their financial interest to give Kroger a reason to deny your claim since saving Kroger money is their job.

Sedgwick Claims CMS will often ask you to give a recorded statement. Do not do it without an attorney present. They are trained professionals whose job is to get you to say something that can be used to deny your claim. If you do a simple search on the Rip-off Report or Complaint Board websites, you will see a litany of complaints about how they denied injury claim after injury claim. These claims run from premise liability to worker’s compensation claims.

There is much more that goes into obtaining justice for your Kroger slip and fall accident than simply calling Kroger and reporting a fall. Be aware of the tricks, traps, and hurdles you must overcome. You are at a disadvantage from the start because they hold all of the evidence and have the power to preserve what they see as beneficial. Before you call Sedgwick back, do your research and consult a slip and fall attorney so that hopefully you do not become the next denial.

Simmons and Fletcher, P.C. has been helping victims of slip and fall accidents recover since 1979.  Our initial consultation is free, and; we do not charge any fee unless we make a recovery. Call today at (713) 932-0777.