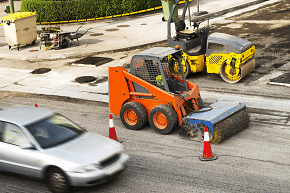 According to a preliminary report conducted by the Governors Highway Safety Association, there were nearly 6,000 pedestrians killed in motor vehicle crashes in 2017. Unfortunately, car accidents involving pedestrians seem to be more common; however, there are other road users who are also at a disadvantage when it comes to negligent drivers.

Did you know the City of Houston has a special law in place to protect individuals on the road who are more likely to sustain injures due to negligent drivers? It’s called the Vulnerable Road Users ordinance, and it can be found in the Houston, Texas Code of Ordinances: Chapter 45 – Traffic, Article XII. – Sec. 45-44. It is important to be aware of the expectations associated with this ordinance if you plan to use Houston roadways. You can be fined up to $500 if you are found in violation of the established standards.

What is a Vulnerable Road User?

The Houston ordinance defines a vulnerable road user as a:

These individuals are considered particularly at risk when negligent drivers are on the roadway.

What Must Drivers Do Around Vulnerable Road Users?

What Must You Do Around Vulnerable Road Users?

The ordinance requires operators of motor vehicles to complete the following actions when near a vulnerable road user on the roadway:

What Actions Are Prohibited Around Vulnerable Road Users?

This section of the ordinance applies to all occupants of a motor vehicle or motorcycle, not just the driver. The following actions are prohibited by the vulnerable road user ordinance: