Table of Contents show
1 The Houston Bicycle Lanes Project
2 Improving Upon Cycling Safety
3 What is the Fine for Parking in a Bicycle Lane?
4 Give Your Input

The city of Houston has started a new bicycle lane project that is expected to make the city more active and safer. The Houston bicycle lanes project is predicted to result in many new miles of bike lanes throughout the greater Houston area. Many new bike lanes have already been completed and more are still under construction. When it is all said and done, there will be about 1,800 miles of bike lanes across the city. 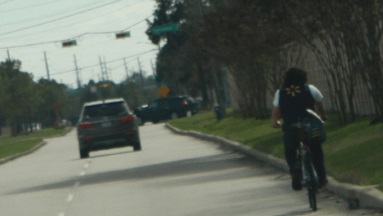 The new Houston bicycle lanes project is one more step in the ongoing effort to make streets safer for cyclists. There is an ordinance in place that prohibits parking, standing, or walking in the bike lanes. This should help keep the flow of traffic by separating motor vehicles and bicycles. Additionally, the Houston Vulnerable Road User Statute enacted in 2013 places criminal and civil penalties on drivers who fail to respect the use of roads and sidewalks by cyclists and pedestrians. HPD also regularly conducts stings on roadways to enforce 3 feet of space between a driver and a cyclist for passenger vehicles and 6 feet of space for commercial vehicles. In 2015, there were 45,000 reported bicycle accidents in the United States. City officials predict the new and improved bike lanes will reduce auto-bicycle accidents in Houston significantly.

What is the Fine for Parking in a Bicycle Lane?

The city of Houston has been working on this project since 2017 and have been open to suggestion and giving very informative updates about the Houston bicycle lanes project. If you want to stay up to date on the project you can follow them on the special Twitter page set up just for the project. If you would like to make a suggestion, you can email them at [email protected]