A maritime injury lawyer can help you navigate the waters when you are hurt working a maritime job. There are many types of accidents and bodies of law that apply when you suffer a maritime accident.  Call a Houston maritime injury attorney for a free consultation today at 1-800-298-0111.

What is a Maritime Accident? 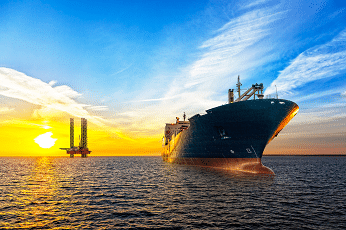 A maritime accident refers to an accidental injury involving persons working on or around navigable waters–that is bodies of water used for interstate or international commerce and include interconnected systems of lakes, rivers seas, and oceans.  This often involves injuries sustained while working on oil platforms, boats, cargo ships, and other sea-faring vessels or along shoreline docks, sea terminals, or rivers around or connecting to the Gulf of Mexico.

What Type of Maritime Claim Can I File?

Depending upon the injured person’s status, he may have several types of claims available to file, including a claim under the Jones Act, Longshore and Harbormen’s Act, or state common law personal injury laws. A maritime injury lawyer can determine the proper status of an injured worker so that the right claim may be filed.

The Merchant Marine Act of 1920, also called the Jones Act is one example of a federal maritime law that protects workers and provides them with compensation after a work injury or injury aboard an ocean or sea vessel. Those who work on offshore oil rigs are generally covered by the Jones Act as well.

While the Jones Act provides you with comprehensive benefits after your injury, it can be complicated to determine if you are covered under the Act and to make a claim. For help, contact Simmons and Fletcher, P.C. today. We have represented injured maritime workers throughout Texas and the surrounding areas and our Jones Act lawyers can put our legal expertise to work for you.

Am I Eligible for a Jones Act Claim?

The Jones Act covers sailors, seamen, and other maritime workers who are working aboard either an ocean or sea vessel that is not fixed to the ocean floor. Those working on oil rigs, offshore platforms, or an SPV may also be covered under the Jones Act.

If you are an eligible maritime or offshore worker and you qualify for benefits under the Jones Act, you also must prove that your injury occurred in the course of performing work duties and that your employer was negligent in some way that led to your injury. This is different from state workers’ compensation protection which provides workers with coverage regardless of whether an employer was negligent.

It’s also important to note that those who are not eligible for a Jones Act claim may be eligible to make a claim for compensation under the Longshore and Harbor Workers’ Compensation Act.

Generally, there is a maximum 3-year statute of limitations on maritime claims.

What Compensation Can I Get Under the Jones Act?

The Jones Act allows not only for coverage of medical costs and payment for disability and/or reduced income/earning potential, but it can also provide compensation for pain and suffering and other economic and non-economic losses. It provides more comprehensive coverage than either state workers’ compensation benefits or the Longshore and Harbor Workers’ Compensation Act. This is an important difference from the Longshore and Harbor Workers’ Compensation Act, which does not provide any payment for pain and suffering.

What is the Longshore and Harbor Workers’ Compensation Act? 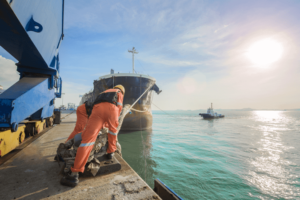 The Longshore and Harbor Workers Compensation Act covers dock workers like this one.

Who Does the Longshore and Harbor Workers’ Compensation Act Cover?

What Does the Longshore and Harbor Workers’ Compensation Act Cover?

When you make a claim under the Longshore and Harbor Workers’ Compensation Act, your benefits are determined based on an administrative system that is overseen by the U.S. Department of Labor. These benefits can include coverage for medical costs and can include total disability benefits. Such benefits may be partial or temporary. Keep in mind that ‘pain and suffering’ as an element of damage is not generally covered and you cannot typically file a civil lawsuit to recover against your employer for work-related injuries that occurred while you were performing your duties as a longshoreman.

What Damages Can Be Recovered in a Maritime Unseaworthiness Claim?

If you are injured while at sea and the ship you were on is shown to be unseaworthy, you are entitled to recover damages. Those damages may include compensation for the following:

Contact Simmons and Fletcher, P.C.,  if you have suffered a serious injury related to the following:

If you or a loved one has been seriously injured or suffered a wrongful death due to an accident at sea or on the docks, call us for a free consultation. Maritime accident laws can be confusing and hard to wade through. The maritime injury lawyers at Simmons and Fletcher, P.C., understand the hazards of offshore and maritime employment and are here to answer your questions. Call 1-800-298-0111 today for a free consultation.

Review: 5/5 ★ ★ ★ ★ ★ “I had a great experience at Simmons and Fletcher. They fought continuously in my case and always hand my best interest in me. Ruth was kind and attentive to my needs. She was always available to what I needed with a smile. I will always be thankful to them for their hard work and result. I would highly recommend them. Thank you.” – Oscar Q., actual client.