What is Mental Anguish?

What is Mental Anguish?

Mental anguish is a high degree of mental pain and distress that is more than mere worry, anxiety, vexation, embarrassment, or anger of such a nature, duration, and severity that it causes a substantial disruption in the injured person’s daily routine.  A plaintiff must introduce into evidence “direct evidence of the nature, duration, and severity of their mental anguish, thus establishing a substantial disruption” otherwise the award will be overturned on appeal. (See: Parkway Co. v. Woodruff, 901 S.W.2d 434 (Tex.1995).

What is the Difference Between Mental Anguish vs Emotional Distress?

Emotional distress is the same thing as mental anguish under the law.

When Can You Recover Mental Anguish?

What is Negligent Infliction of Emotional Distress?

Negligent infliction of emotional distress is a cause of action against someone else to recover damages after they negligently cause you to suffer substantial emotional harm. This cause of action is not recognized in many states including Texas. Damages for mental anguish may generally only be awarded in the case of negligence where it accompanies some other physical injury to the person.   (See Boyles v. Kerr, 855 S.W.2d 593, 594 (Tex. 1993). and Parkway Co. v. Woodruff, 901 S.W.2d 434 (Tex.1995).)

What is a Bystander Claim?

A bystander claim is a claim for compensation brought by a close family member who witnesses a loved one get seriously injured or killed due to the negligence of another.  It is an exception to the rule that you must have a physical injury to recover emotional distress damages due to negligence.  In the case of a close relative who sees a serious injury or death of their loved one, the injury does not have to be direct to the claimant.  To recover on a bystander claim, a plaintiff must establish that he:

What is Intentional Infliction of Emotional Distress?

A cause of action for intentional infliction of emotional distress is recognized when:

Some acceptable evidence of emotional distress as noted by Courts include:

None of the above by themselves guarantees an award will be upheld. The key is to show extreme lasting mental pain that disrupts the person’s day-to-day activities.  The definition of mental anguish and emotional distress is rather vague.  Everyone experiences mental pain and suffering differently, thus, there really cannot be a set definition.  There have been some cases where the evidence was reviewed and approved. Obviously, the more evidence you have of substantial daily disruption of life, the better. 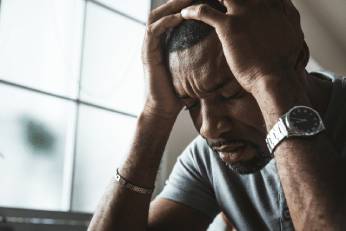 Historically, Courts have been reluctant to allow people to be subjected to having their mental health records discovered and/or undergoing a psychiatric exam by a defense doctor. The Courts have dismissed these by not allowing them in cases of “routine allegations of mental anguish.”  However, if an injured party seeks to recover compensation for a mental condition with a diagnosis such as anxiety, depression that actually caused you to seek treatment and get a diagnosis, this is may very well open the door to the defense getting your past mental health records and/or a court-ordered mental exam.

Weighing the pros and cons of pursuing a mental anguish claim is important when you must go to court. If you have the right evidence, this can result in substantial recovery. However, one must be aware of the probing that will be permitted into private matters by the defense and weigh the risk of prejudice against the anticipated benefit.  It is important that you speak to a Houston injury lawyer about this before going to trial. Call Simmons and Fletcher, P.C.  if you need a personal injury attorney: (713) 932-0777.