What is a Minor Settlement Hearing?

What is a Minor Settlement Hearing? 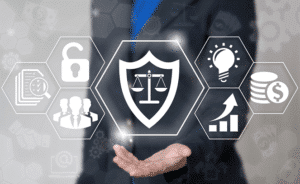 Minor settlement hearings allow the Court to evaluate the settlement of a personal injury case on behalf of a minor.

A Minor Settlement Hearing is a hearing conducted by a Court to evaluate and approve or disapprove the settlement of a personal injury case on behalf of a person who is under the age of 18 and, thus, is deemed by the law to be too young to make a legal decision on their own. It is a non-adversarial proceeding conducted by the agreement of the parties in an attempt to finalize a proposed settlement. If the case settles after a lawsuit is filed, it is conducted in the same court where the lawsuit was filed. If the case settles before a lawsuit is filed and the parties decide to have a minor settlement hearing, they will file a “friendly lawsuit” in order to have a court assign a guardian ad litem and conduct the minor settlement hearing. The persons present during the minor settlement hearing typically include the minor, a personal representative of the minor, the representative’s legal counsel, the attorney for the settling party, and the Court in which the case is pending.

When Are Minor Settlement Hearings Required?

Every state has its own set of rules regarding minor settlement hearings. But typically, they are required in any case where a minor’s legal rights may be affected.

Why Are Minor Settlement Hearings Required?

What is the Role of a Guardian Ad Litem?

What Happens at a Minor Settlement Hearing?

At the hearing, the representative parent is sworn in and asked a series of questions regarding the minor, the injury sustained, future needs of the child, and the settlement.  Because it is a settlement that all parties are generally in agreement with, this proceeding is usually non-adversarial meaning that nobody is trying to stop it from happening. (Occasionally, a dispute may arise between a parent and the guardian’s wishes for how the money is to be used and/or protected and this results in a semi-adversarial hearing but this is rare.)

Depending upon the court’s preference and the degree of injury, the court may or may not require the minor to be present. The primary purpose of the hearing is to demonstrate to the Court that the settlement has been independently evaluated and that both the settlement and the proposed use of the funds is in the best interests of the minor. Thus, questions consistent with this will be asked.  In the end, the Court will either approve or reject the settlement.  If it is rejected, then the case goes forward in the litigation process until another settlement is reached or the case goes to trial.

What Can a Minor’s Settlement Funds Be Used For?

Courts will typically allow a minor’s settlement funds to be used for things that directly benefit the minor such as covering case costs, medical expenses, exceptional educational expenses, and some special items.

The costs of the case including both attorney’s fees and expenses typically come out of the final settlement for the minor.

Past medical expenses come out of the settlement. Generally, the obligation to pay for future medical expenses of a minor falls upon the parents under the Texas Family Code. If there is a specific, identifiable future need that was contemplated by the settlement and allotted for, that money may be used in such a way as to cover that. However, basic medical needs will be the responsibility of the parents until the child is 18.

Basic education needs are the obligation of the parent. So the minor’s money cannot be taken for this. However, if the minor wishes to attend a special school such as a special art or dance school that the parents cannot otherwise afford, the Court may approve this. However, this is up to the Court’s discretion and typically, the funds will be paid directly to the school rather than being turned over to the parent or minor.

If the child is close to turning 18, sometimes the Court will allow the minor to testify as to something above and beyond the parents’ obligation to provide that the child wants to use some part of the money for.  This might be a musical instrument or another special item that is not really the parent’s obligation to provide but the minor wants and the Court agrees it would enrich their life somehow.  These types of allotments out of settlement proceeds are very rare in Texas.

Any remaining settlement money belongs to the minor. However, the Court will not turn it over to a minor nor the minor’s parent generally. Instead, the Court will want to see that the money is tied up and protected in such a way that protects and hopefully grows the funds until the minor is at least 18. Annuities or the Court Registry are the most common options.

The Court Registry is simply a bank account the court uses to hold funds for minors until they turn 18. Once they are 18, they can bring proper id and the cause number to the Court Registry and withdraw the funds plus any interest earned thereon. If the settlement amount is small or the minor is close to 18, the Court Registry will usually make more sense than an annuity that has a setup fee.

Many investment companies offer annuities for personal injury settlements.  There are various tax benefits to this and they often offer higher interest rates than the Court Registry.  They can be set up to pay out in one lump sum at a certain age or they can be set up to pay out different amounts on different dates.  One of the most popular things to do is to set up the annuity-like a college fund—paying out 8 times over 4 years in line with when tuition is due. The advantages of annuities on personal injury settlements are that they protect the money and can be set up with staggered payments so that they discourage the newly 18-year-old from spending an entire lump on a new car or something else he/she does not really need.

Questions About the Process