Can a Child Sue a Parent for a Car Accident in Texas?

When you are a passenger in a car accident, you are generally owed a duty of care by the driver not to act in a negligent manner. And, when an insurance company refuses to pay a reasonable settlement, the passenger, by law, must sue the driver to get the insurance company to pay the claim. However, under Texas law, the doctrine of parental immunity acts to prevent kids from suing their parents for acts of ordinary negligence in certain matters. This raises the question as to whether negligence while driving is protected under the doctrine of parental immunity, and; if not, how does a minor child go about suing her parent when the auto insurance company refuses to pay a reasonable claim?

Table of Contents show
1 Who Do You Sue After an Auto Accident in Texas?
2 What is the Doctrine of Parental Immunity?
3 Parental Immunity and Car Accidents
4 How Does a Minor File a Lawsuit Against a Parent?
5 Choosing the Next of Friend
6 Conclusion 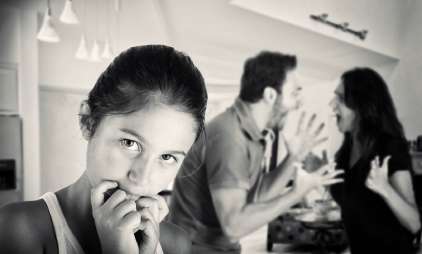 Imagine the chaos if a child could sue a parent for anything.

Who Do You Sue After an Auto Accident in Texas?

When you file a lawsuit over a car accident in Texas, you must sue the driver, not his insurance company. The law does not allow you to sue the other driver’s insurance company directly because you have no contract with them to sue for breach of contract and they did not cause the wreck so you cannot sue them for negligence. Instead, you sue their insured driver, and the insurance files an answer in his name and, ultimately, pay the judgment or settlement.

What is the Doctrine of Parental Immunity?

The doctrine of parental immunity is a judicially created legal doctrine that prohibits children from suing their parents for acts of ordinary negligence that happen while the parents are carrying out their parental duties including the provision of shelter, food, schooling, family chores, medical care, and recreation. Parents are legally obligated to support their children up until age 18. As a result, the law grants them reasonable discretion in the provision of nurture, care, and discipline. The doctrine was created in 1891 in the case of Hewlett v. George by the Supreme Court of Mississippi and later acknowledged with exceptions by the Texas Supreme Court in Felderhoff v. Felderhoff 473 S.W.2d 928 (1971).

In 1989, The Texas Supreme Court addressed the potential conflict in laws created by the auto accident and parental immunity law in the case of Jilani v. Jilani 767 S.W.2d 671.  In that case, a lawsuit was filed on behalf of several minor passengers in their father’s vehicle. The greedy insurance company tried to escape their obligations to pay for the children’s injuries by hiding behind the doctrine of parental immunity. They fought it all the way to the Texas Supreme Court.

After hearing the case, the high court declined to cater to insurance company greed and held that parental immunity is limited to transactions that are essentially parental. In doing so, the Texas Supreme Court stated “unlike driving an automobile, supervision of one’s children involves issues of parental control, authority, and discretion that are uniquely matters of a very personal type judgment. The freedom to exercise such judgment has constitutional underpinning and contrasts sharply with the state’s supervision and regulation of the judgment one must exercise while driving an automobile.” Jilani at page 675. Thus, the Supreme Court paved the way for minors to bring claims against their parents for the negligent operation of a motor vehicle.

How Does a Minor File a Lawsuit Against a Parent?

Choosing the Next of Friend

When choosing a Next of Friend, one must pick carefully. Obviously, it must be someone who can be trusted to act in the child’s best interests. However, there is one other very important consideration—can the person chosen make a claim for the medical bills?  In Texas, the legal obligation to provide medical care rests with the parents or guardian until the minor turns 18. Thus, the right to collect for medical bills incurred also belongs to them—not the minor. So ideally, you want a parent or legal guardian to act as the Next of Friend so that they can bring their own individual claim for the medical bills as well as future medical costs up to the date the child turns 18. The child, through their Next of Friend, brings the claims for physical pain and suffering, mental anguish, impairment, and future medical bills beyond age 18. Failure to enlist the proper party to bring the claim could result in your claim being dismissed for lack of standing.

When an insurance company acts unreasonably as they often do, a minor child is not precluded by the parental immunity doctrine from suing their own parent for their negligence in causing a car accident.  To do so, they need to have someone else—preferably another parent or guardian—act as the Next of Friend to bring the claim on their behalf.