The Dangers of Distracted Driving by Commercial Truck Drivers 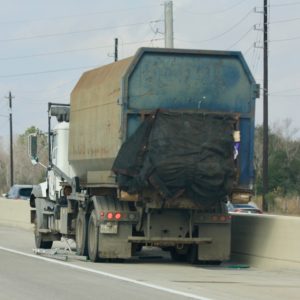 The significantly greater weight of the commercial vehicle also increases the risk of serious injury or death to those outside the vehicle, including drivers and passengers in other vehicles, pedestrians, motorcyclists, and bicyclists.

How Dangerous is Commercial Driver Distraction?

Nearly a decade ago, the Virginia Tech Transportation Institute mounted video cameras inside the cabs of commercial trucks to determine the role distracted driving by commercial truck drivers played in large truck accidents. Researchers concluded that texting increased a heavy truck driver’s risk of a “safety-critical event” by a factor of 23.

The definitive study on large truck accident causation was conducted and published when mobile devices were less ubiquitous and “distracted driving” wasn’t yet a commonly-used phrase. Thus, there’s no specific measure for distracted driving in the report. However, researchers determined that:

The study took multiple factors into account, so there may be overlap among the listed factors.

Many distractions are common to commercial drivers and drivers of passenger cars and light trucks. For example, both groups are often distracted by cell phones, texting, using GPS devices, and eating or drinking. Although federal regulations restrict the use of mobile telephones by commercial drivers, texting remains a problem. Over the past few years, commercial truck drivers in several states have been charged with homicide after fatal crashes that occurred while they were texting and driving.

Texting and other mobile devices use by bus drivers are widespread enough that some local police departments have placed officers on board school buses to monitor driver behavior. School districts in other areas have installed video cameras on buses.

However, commercial drivers may face serious distractions that don’t impact most people driving to work, school, and the gym. For example:

When this type of distraction causes an accident, it can be more difficult to determine whether the driver was negligent, since he or she may be managing multiple responsibilities. In that case, however, liability may lie with a third party. For example, if a school bus driver cannot reasonably be expected to simultaneously manage student safety within the vehicle and safe operation of the vehicle, the school district or bus company may be deemed negligent for having failed to provide support in the form of another responsible adult on the bus.

The Effort to Decrease Distracted Driving Among Professional Drivers

The problem of distracted driving among commercial motor vehicle operators has received increasing attention in recent years. In addition to the heightened restrictions implemented by the Federal Motor Carrier Safety Administration (FMCSA) and the Pipeline and Hazardous Materials Safety Administration (PHMSA), organizations such as the Virginia Tech Transportation Institute and the American Transportation Research Institute have made distraction among commercial drivers a research focus.

However, these organizations and tools can only facilitate. Commercial motor vehicle drivers—like drivers of cars, light trucks, vans, and motorcycles—must take responsibility for setting aside distractions and remaining focused on the task at hand.