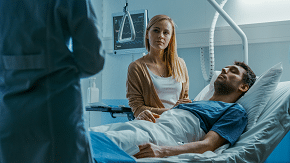 The medical field has been growing and expanding with new technologies and more procedures becoming available. Cosmetic procedures to reduce weight, enlarge breasts, or improve other aesthetics have become a routine phenomenon.  Private stand-alone surgery centers have popped up across every major city in the United States; making elective surgeries a daily occurrence. Surgery, once a scary event, has become the “norm” and many people have full trust in surgeons to do multiple elective procedures for vanity.  But are they failsafe? What do you do when a routine surgery goes wrong?

Table of Contents show
1 The Risk Waiver
2 What Are the Common Listed Side-Effects or Risks?
3 Unforeseen Risk When Surgeons Make Errors with Anesthesia
4 Brain Damage Following Routine Surgery
5 Why People May Stop Breathing While Under Anesthesia
6 What Happens When Routine Surgery Goes Wrong
7 Conclusion

Unfortunately, with the constant acceleration and innovation within the medical industry, errors with anesthesia have also become more common.  Even in the most routine surgeries, if someone is under sedation and not monitored, their heart may stop or their breathing may stop. Failure to properly monitor a patient following even the most routine surgical procedure can result in permanent brain damage following routine surgery or even death.

Before the surgery begins the doctor has you sign papers with tons of words in small print. That document is called a risk waiver. Does anyone read the entire waiver? The waiver includes information about what to do before going under, after-surgery care, the side-effects, possible risk, and an understanding disclosure of voluntary consent. But it doesn’t always really warn you about what may happen, particularly if the doctors fail to properly monitor the patient while under.

What Are the Common Listed Side-Effects or Risks?

There are quite a few potential events covered by a risk waiver. The anesthesia alone has side-effects that they disclose via risk waivers to ensure you cannot complain if a ‘known risk’ occurs.  These include side-effects such as:

Most of these listed side-effects are not considered serious, but lots of patients don’t consider all the errors that can be made while a patient is under. Furthermore, many patients fail to consider is the unforeseen risks that may or may not be mentioned in writing via the waiver or verbally by the doctor.

Anesthesiologists go through extensive training for a good reason–anesthesia is dangerous.  There are several ways a patient may be harmed by negligent administration and/or use of anesthesia. For example:

Several of these potential errors can cause brain damage or even death.  More concerning is the fact that many of those can be avoided if proper care is provided.

The brain needs a constant flow of oxygen via the blood.  If that flow is disrupted, permanent damage may occur within minutes. This is called: Hypoxic-Ischemic Encephalopathy or HIE. Some brain cells start dying less than 5 minutes after their oxygen supply starts disappearing which can cause brain damage following routine surgery.

Why People May Stop Breathing While Under Anesthesia

When the patient is in a relaxed and sedated state, there are several ways that they may stop breathing.  Heavy pain medications in conjunction with anesthesia can cause breathing to slow or even stop. Also, respiratory collapse (lungs or throat collapse) may occur while lying on your back sedated.  If not monitored, this can lead to serious injury or death. In addition to pre-surgery injury, brain damage following routine surgery may occur during recovery after surgery if the patient’s vitals are not monitored at regular intervals.

The effects of anesthesia can be life-changing for any patient who has errors that occur during surgery. December 22, 2019, was life-changing for 18-year-old Emmalyn Nguyen from Colorado. Emmalyn went to a Colorado Plastic surgery center for a breast augmentation, little did Emmalyn know while being administered anesthesia she would be left unattended and unconscious for 15 minutes according to the lawsuit brought against the facility. When the doctors and nurse returned to check her vitals, they noticed her face was blue and she had gone into cardiac arrest. Nobody had been there monitoring to immediately resuscitate her when her breathing stopped.

For the next 5 hours, she suffered two cardiac arrests and remained “neurologically unresponsive”. To this day Emmalyn is in a “minimally conscious state” with permanent brain damage and needs around-the-clock care.  A lawsuit has been filed by her family alleging negligence for failure to monitor Emmalyn’s vitals while she was under, but they can never recover what has been lost.

The smallest mistakes made regarding anesthesia are lifelong effects such as brain damage or death. Know what you are signing before you sign. Furthermore, educate yourself about all the risks and be sure to discuss them with your doctor.   Above all, don’t be afraid to ask questions.  What are their monitoring practices and policies while a patient is under? What precautions do they take to ensure you are immediately resuscitated if your breathing stops? Make sure you at least feel comfortable that you are in good hands before even considering going under anesthesia.

Karen Sears is a Marketing Assistant at Simmons and Fletcher, P.C. and a Criminal Justice Major at Sam Houston State University. She graduated from Tomball Memorial High School in May of 2019, and earned a Paralegal Certificate from the University of Texas at Austin in the Summer of 2019. She plans to attend law school after graduation.

View all posts by Karen Sears