Why Can’t I Find a Medical Malpractice Lawyer to Take My Case? 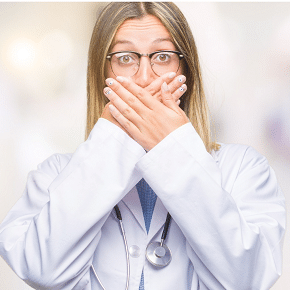 Unfortunately, many victims of medical malpractice in Texas find themselves in a bad situation with no one to help due to Tort Reform. Several laws aimed at doing away with legitimate medical malpractice claims were passed by the Texas legislature in the past 15 years under the guise of “Tort Reform.” While the television ads and vast amount of information disseminated online stole the hearts and minds of the voters by claiming it was aimed at preventing frivolous lawsuits and holding down health care costs, the real laws that were passed accomplished the limiting of frivolous lawsuits by doing away with many medical malpractice lawsuits altogether. They effectively threw the baby out with the bathwater. Now, in order to find a lawyer who will help you when you, having a legitimate beef against a doctor for negligence is not enough. Your case must fall into the right criteria so that the claim is not cost-prohibitive.

What Did Tort Reform Change About Medical Malpractice Law in Texas?

The damage caps provision restricts the amount that a person can recover for certain damages thereby reducing the value of all medical malpractice claims without discriminating between frivolous or legitimate.  The expert report requirement places a barrier to medical malpractice victims’ access to the court system because it is both expensive and creates a legal malpractice trap for lawyers.

What Are the Damage Caps on Texas Medical Malpractice Lawsuits?

In 2003, the Texas Legislature passed Chapter 74.301 of the Texas Civil Practice and Remedies Code which imposed caps on non-economic damages a jury can award against doctors and medical facilities both individually and collectively.  Non-economic damages are intangible damages such as pain, suffering, physical impairment, and emotional distress. These are the real compensatory damages for the suffering that a person has been through.  Under Chapter 74.301, there is a cap of $250,000.00 per individual doctor or hospital that any single claimant may be awarded for non-economic damages. Additionally, where multiple medical providers are involved in the negligence, there is an additional total cap of $500,000.00 on the non-economic damages one may recover.  Thus, if you are injured by a single doctor’s negligence, the most you can get over and above economic damages is $250,000.00. Additionally, if the victim dies, the heirs are limited to a total recovery of $500,000.00 maximum regardless of how many doctors or medical providers are involved.

What is the Expert Report Requirement Under Texas Medical Malpractice Law?

Texas Civil Practice and Remedies Code Section 74,351, also added in 2003, imposes a requirement that anyone filing a healthcare liability claim must file an expert report from a qualified medical expert detailing the standard of care that was violated and how it was violated by each alleged defendant. The report must be filed within 120 days of filing the lawsuit. Aside from one 30-day extension that the Court may grant, failure to timely file a report or to file on that can stand up to the defenses challenges results in the case being dismissed and barred forever.  This is major legal malpractice for a lawyer if he hires a medical expert that does a shoddy report—it gets the lawyer sued for legal malpractice. So lawyers are not going to stick their neck out on a case of questionable or hard-to-prove causation. It simply is not worth the risk.

In addition to the above hurdle these reports create, they create a cost factor. Medical experts who review the medical records and write these reports often charge tens of thousands of dollars for their time. Then you have to pay them again later to testify in the case.   So you can anticipate 10,000.00-50,000.00 in expert witness fees alone in many of these cases.

The damage caps may not seem like that big of a deal on first blush. To understand the problem they create, you must understand the economics of a lawsuit and the real effect of a capped protection on negotiating.  In addition to expert fees that may run 10,000.00-50,000.00, you can expect several depositions that need to be done, records subpoenaed and other case costs that can run your litigation expense bill up to 20,000.00-100,000.00.

Moreover, when the defense has a protective cap on how much they can be made to pay, why would they ever offer to pay you the $250,000?  They can force you to trial and that is the worst they will do on non-economic damages. Thus, they are not likely to offer you anywhere near the cap to settle.  This means that your lawyer is likely to have to go to trial to get close to full value and he will likely spend a good part of that to get there—leaving you with little if any compensation and him with no attorney fees to show for the risk he took investing 100,000.00 in your case.

The cap applies to non-economic damages only for each individual act of negligence.  Economic damages include medical expenses (past and future) and lost earnings (past and future).  Thus, to avoid the limitations of the cap, you need a victim who has either has really high medical bills or has been injured to the point of requiring substantial future medical bills and/or is unable to work again. This law is prejudicial against retired persons and housewives who are injured or but do not require ongoing care as a result.  They have no significant future economics to justify the risk of investing 50,000.00 or 100,000.00 to pursue the claim. Thus, many Texas medical malpractice lawyers will not take on such a case.

What Other Kind of Facts Make it Hard to Find a Medical Malpractice Lawyer in Texas?

Some cases simply will not hold up in court such as when you suffer known complications that cannot be prevented and they were disclosed to you via a waiver.  Common infections at the surgical site often fall under this category.  Additionally, high damage cases where the is only one defendant with limited insurance coverage can put the lawyer in the position of effectively working just to recover money for the health insurance company and/or medical providers who have outstanding bills.

Talk to a Lawyer About Your Case

Every case is different based upon its own set of facts. Just because the first lawyer you spoke to did not take it does not mean you do not have a case.  Do not be afraid to call several medical malpractice lawyers to get multiple perspectives if the first few decline the case.  You can also call us at 713-932-0777 for a free case review.