What Is a Stowers Demand?

Table of Contents show
1 What is a Stowers Demand?
2 Where Does the Name ‘Stowers Demand’ Come From?
3 What is Required For a Stowers Demand to Be Valid?
3.1 The Clear Liability Requirement
3.2 The Must Be an Offer of a Full and Final Release
3.3 Clear Settlement Acceptance Terms and Reasonable Period to Evaluate
4 How Do You Collect An Excess Verdict on a Blown Stowers?
5 What Happens When the Insurer Accepts the Stowers Demand?
6 Can I Make A Stowers Demand Against My Own Insurance Company?

What is a Stowers Demand? 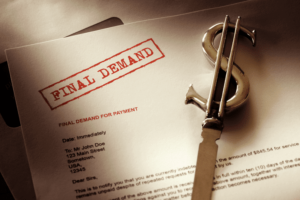 A Stowers demand is a time-sensitive demand sent to a third-party insurance carrier that offers to settle the claim against their insured for an amount that is within the insured’s insurance policy limits when liability is certain and the value of the claim exceeds the limits of the insured’s policy. Typically, it is sent in the form of a written demand letter in such a way that receipt can be documented and proven.

Where Does the Name ‘Stowers Demand’ Come From?

The origin of the Stowers demand dates back to an opinion handed down in 1929 in the G.A. Stowers Furniture Co. v. American Indemnity, Co., 15 S.W.2d 544 (Tex.). In that case, a vehicle collided with a horse-drawn carriage.  The non-negligent party served upon the Stowers Defendants a letter giving them an opportunity to settle within their policy limits. The letter gave a set time period in which to accept and offered proof of the excessive damages.  Their insurance company, American Indemnity, Co., refused to settle and went to trial to try to save money. They lost. As a result, the insured (GA Stowers) sued the company alleging they had an obligation to settle and protect the insured in that situation.

The Texas Supreme Court held that an insurance adjuster and his company are “held to that degree of care and diligence which a man of ordinary care and diligence would exercise in the management of his own business.”  This created a new cause of action under which insurers could be held liable for the negligent failure to settle their insured’s claim when a reasonable adjuster would do so if conducting his own affairs.

What is Required For a Stowers Demand to Be Valid?

While no specific form has been laid out, there are several Texas Court opinions on what it takes for a Stowers demand to trigger the above duty.  Liability must be clear. Further, there must be clear terms under which the demand can be accepted and reasonable time limitations under which to evaluate the claim. Lastly, there must be an offer to fully and finally release the insured from liability.  Once the Stowers Demand is done properly, then you must go down, try the case and win an excess verdict. Then and only then, can you attempt to enforce the excess judgment against the insurance company.

In order for a Stowers Demand to be valid, liability for an amount equal to their policy limit in the case needs to be “reasonably clear.”  If there is significant room for argument about who is at fault or whether the defendant was “negligent,” your car accident lawyer will have a hard time making a Stowers demand stick. Ultimately, the standard that the adjuster’s actions will be judged by is “would a reasonable adjuster have paid the policy limits under the circumstances?”  The less clear liability is, the harder it is to jump this hurdle.

Conversely, the higher the damages are, the less important this is. For example: if the damages are likely to warrant a verdict of 40,000 but the policy is only 30,000 and liability is uncertain—meaning the damages could be reduced by a percentage of negligence of the plaintiff—your Stowers demand is far less likely to hold up than if your damages are clearly in the millions and there is only a 30 policy with a chance of a split negligence finding. Remember, the question is would a reasonable adjuster have accepted an offer to settle the claim if it were his own money at risk?

The Must Be an Offer of a Full and Final Release

The offer to release the insured from liability must be an offer of a full and final release.  Trinity Universal Ins. Co. v. Bleeker, 966 S.W.2d 489 (Tex.1998). This means the letter needs to make clear that all hospital liens and insurance subrogation claims are being resolved out of the policy limits. Otherwise, you have not truly released the defendant of liability.

If the terms of how to accept the settlement are not clear, the demand may well not be valid. So, the letter should specify exactly how much is to be paid and when the deadline to pay is. Furthermore, it needs to spell out that all hospital liens and subrogation claims have either been settled (with proof) or provide clear evidence they will be resolved out of the proceeds.  (Practice Tip: We often do this by stating that as a part of the agreement we will negotiate any and all liens and subrogation claims and provide the defense with drafting instructions so that they can pay those amounts directly out of the proceeds.)

How Do You Collect An Excess Verdict on a Blown Stowers?

In order to have a legal right to collect the excess verdict against the insurer first, you must take an excess judgment against their insured. After the verdict is taken, you then have to seek a turn-over order against the defendant. This is essentially a judgment collection proceeding whereby the Court orders the defendant to turn over his cause of action against his own insurance company to pursue the claim he has against the insurance company for the negligent failure to settle the claim when given the opportunity.

Once the insurer’s rights are turned over to the plaintiff, then the plaintiff stands in the defendant’s shoes. He or she may now sue the insurance company for negligence as well as insurance code violations including treble damages.

What Happens When the Insurer Accepts the Stowers Demand?

Can I Make A Stowers Demand Against My Own Insurance Company?

No. A Stowers demand only works in a third-party insurance situation. When you threaten (by your Stowers demand) to take a judgment against their insured, you are putting the insurance company in a position of choosing to try to save themselves money by putting their client at risk of an excess verdict. In a First-party insurance situation (i.e. uninsured/underinsured motorist coverage),  you are the insured.  You cannot threaten to take an excess verdict against yourself if they refuse to pay the claim. The money is their money to risk, so they may choose to do so without violating any duty to you.

In fact, the Texas Supreme Court has further insulated UIM/UM insurers by holding that they effectively have no duty to negotiate or pay you a dime until you “present” a claim by taking judgment and having a jury determine exactly how much they owe.  As a result, UIM/UM carriers are under no real obligation to treat you fairly.