What Must You Prove to Win a Personal Injury Case?

What Must You Prove to Win a Personal Injury Case?

Table of Contents show
1 What is Meant by Duty?
2 What is Negligence?
3 What Does Reasonable Care Mean?
4 What Does Proximate Cause Mean?
5 What are Damages? 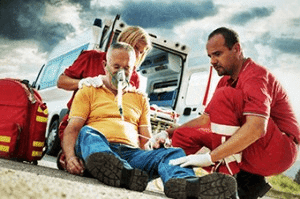 In order to win a personal injury case, you must prove the following elements of your case:

Our legal system holds people and corporations liable for their negligence by ordering that they pay an amount of money that a jury determines fairly makes up for or “compensates” them for the harms and losses that their negligent conduct proximately caused. The injured person bears the burden of proof.

What is Meant by Duty?

What Does Reasonable Care Mean?

‘Reasonable care’ is the degree of care that an ordinary prudent person would exercise under the same or similar circumstances. In a PI case, a person can usually be found negligent if they fail their duty to provide reasonable care, ultimately leading to a person’s injury.

What Does Proximate Cause Mean?

In order to be a proximate cause, the act or omission complained of must be such that a person using ordinary care would have foreseen that the event, or some similar event, might reasonably result therefrom. In Texas, there may be more than one proximate cause of an event.

When a person fails to exercise reasonable care and thereby causes another injury he may be held liable to the person for the damage done.

The term ‘damages’ refers to the harm done as a result of negligence. What you may recover as damages is not unlimited. The law allows recovery for specific elements of damages.  Common damages include pain and suffering, medical bills, lost income, scarring, physical impairment, and mental anguish.