Table of Contents show
1 Lawsuits Against Facebook, Instagram, and Meta for Self-Image Issues
2 Facebook Files Exposed
3 The Social Media Lawsuit Allegations
4 Does Social Media Use Affect Mental Health?
5 Is Meta, Inc. Strictly Liable for Their Products’ Harms?
6 What Sort of Harms May Be Eligible for a Claim?
7 Facebook Lawsuit Lawyer

Social media lawsuits have been filed in at least eight states against Meta Platforms, Inc., Facebook Holdings, LLC, Facebook Operations, LLC, Facebook Payments, Inc., Facebook Technologies, LLC, Instagram, LLC, and Siculus, Inc., alleging that these social media giants knowingly employed an algorithm that targets youthful users with content harmful to their mental health and self-image. “According to a Facebook lawsuit in Florida, “Meta knowingly exploited its most vulnerable users—children throughout the world—to drive corporate profit…”  If you were born after 1995 and were/are a regular daily user of Facebook and/or Instagram for several hours per day leading to developing mental health and self-esteem issues, talk to a Facebook lawsuit lawyer to determine whether you may have a claim.

In 2021, Frances Haugen, a former employee of Facebook, turned whistleblower and released over 10,000 internal docs to the Securities and Exchange Commission and the Wall Street Journal. Some of these documents suggested that Facebook was aware that its algorithm was pushing harmful content to vulnerable users. Haugen testified that “Facebook knows that they are leading young users to anorexia content.” 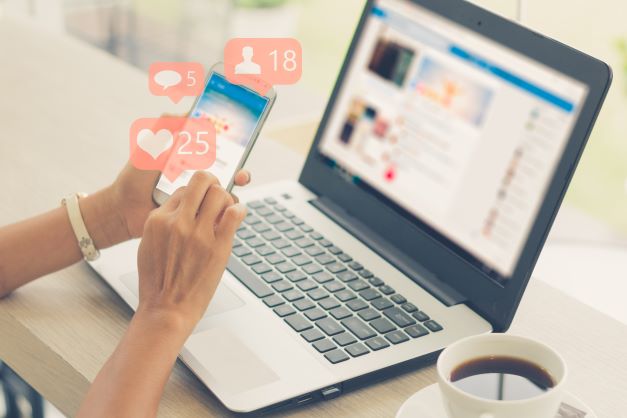 The Instagram and Facebook Lawsuits allege that the content algorithm pushes advertisements for products as well as general reading content that repeatedly chips away at the user’s self-image. Products promising to make people prettier or thinner as well as images of perfect models flooding vulnerable users’ feeds. The lawsuits further allege that the Haugen documents indicate that the social media giants knew this content was being pushed upon vulnerable users and ignored it, despite an awareness of a link between this content and harmful results. It is the classic legal battle of the individual vs the corporate giant alleging they put profits over people.

Recent medical studies indicate that prolonged use of social media can adversely affect the user’s mental health. After reviewing over 90 scholarly articles on the effects of social media on mental health, a group of medical researchers found that “a number of studies have been conducted on the impacts of social media, and it has been indicated that the prolonged use of social media platforms such as Facebook may be related to negative signs and symptoms of depression, anxiety, and stress.”  Further, according to the Mayo Clinic, “A 2019 study of more than 6,500 12- to 15-year-olds in the U.S. found that those who spent more than three hours a day using social media might be at heightened risk for mental health problems. Another 2019 study of more than 12,000 13- to 16-year-olds in England found that using social media more than three times a day predicted poor mental health and well-being in teens. Other studies also have observed links between high levels of social media use and depression or anxiety symptoms.” A 2017 study suggested that “social media is a new avenue for individuals to engage in maladaptive body comparison processes, creating a need for health communication and behavior change interventions that address this issue, especially among vulnerable populations.” Thus, clearly, there is evidence that social media use can be harmful to vulnerable users.

Is Meta, Inc. Strictly Liable for Their Products’ Harms?

Several of the lawsuits allege strict liability which is a basis for holding a product manufacturer liable for defective and dangerous products. These lawsuits allege that Facebook and Instagram are not reasonably safe for ordinary consumers in general and minors in particular. Furthermore, one Florida lawsuit alleges that the defendants have intentionally designed their products to maximize users’ screen time, using complex algorithms designed to exploit human psychology. If it is proven that their product in fact caused the alleged harms and they knew about it and failed to warn users of a known danger, they could be held strictly liable under product liability theories of strict liability and/or negligence.

What Sort of Harms May Be Eligible for a Claim?

There is a strong likelihood that more lawsuits will be coming and that they will be consolidated into a Multi-District Litigation (MDL) or one or more class-action lawsuits. Attorneys we work with are currently seeking persons who used Facebook for several hours per day and suffered from:

If you suffered from the above injuries after using social media daily for several hours per day and were born after 1995, talk to a Facebook lawsuit lawyer to determine whether you have legal rights.  If you would like assistance finding an attorney to evaluate your claim, call us at 1-800-298-0111.