Many are speculating that a CR Bard Hernia Mesh settlement could be coming soon due to recent developments in the ongoing litigation. CR Bard is the manufacturer of a hernia mesh that has resulted in over 20,000 hernia mesh lawsuits against the manufacturer alleging that the product is defective for the purpose for which it is sold. The ongoing litigation has been complicated by the fact that the lawsuits are not all consolidated into the same place. There are currently many individual lawsuits pending in Rhode Island against the manufacturer. Additionally, over 16,000 are consolidated into a Federal MDL in the Southern District of Ohio. However, recent events point to the possibility of a CR Bard Hernia Mesh settlement in the near future. 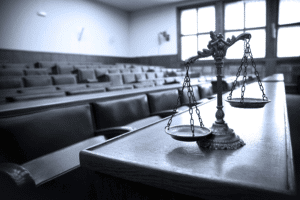 When numerous claims are filed against the same manufacturer, often a few cases are chosen to go to trial as test trials. These give the sides an opportunity to evaluate case value.  A previous trial resulted in a defense verdict on the CR Bard Hernia Mesh lawsuits and another resulted in a $250,000.00 verdict.  A zero verdict and a small verdict do not greatly encourage settlement discussions from either side.  However, last month (August 2022) a CR Bard hernia Mesh trial went forward in Rhode Island and resulted in a $4.8 million dollar verdict for the plaintiff, Paul Trevino. This type of verdict makes a manufacturer take notice that they could be in for very costly litigation.  The next Bellwether trial has been scheduled for February 21st, 2023, in the case of Stinson v. CR Bard. Another is scheduled for May 2023,

On August 17th, 2022, the Judge overseeing the Federal CR Bard MDL appointed a settlement master–John Jackson. Mr. Jackson’s role is to confer with all sides with the sole goal of seeing whether a settlement can be reached. While this order came before the most recent 4.8 million dollar hernia mesh verdict, the verdict will give more bargaining strength to the plaintiffs and provide the defense with more reason to negotiate in good faith.

Speculation on a Time Frame

Bellwether trials in large MDLs can drag on for many years.  The appointment of a special master at this state is encouraging however, I suspect that if any settlement is reached, it will not come before the next Bellwether trial. In these types of cases, one big verdict can be viewed as a possible fluke by the manufacturer. Thus, to get them to place a serious value on the claims, you generally need more than one.  Thus, I suspect we will not see good faith settlement talks before another jury returns a big verdict.