Table of Contents show
1 Who Is At Fault In a Rear-End Accident?
2 Fault vs No-Fault Insurance States
3 Are You Automatically at Fault if You Rear-End a Car in Texas?
4 Must There Be a Negligence Finding Even When You Are Rear-Ended?
5 What Does Texas Comparative Responsibility Mean?
6 How Can the Lead Driver Be Found at Fault in a Rear-End Collision?
7 What is an Unavoidable Accident?
8 What is the Sudden Emergency Defense?
9 Applicability to Rear-End Accidents
10 How the Rear-Ended Car Driver Gets Blamed
11 Conclusion

Who Is At Fault In a Rear-End Accident? 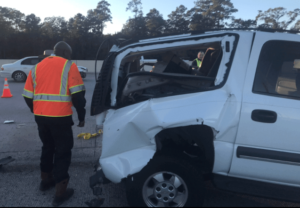 In states where fault determines who is liable for a car accident, the majority, like Texas, go by comparative negligence. This means responsibility for causing the wreck is apportioned between the drivers and the person bringing the claim loses that portion of damages matching his percentage of responsibility so long as it is below a certain amount. Alabama, Maryland, North Carolina, Virginia, and Washington D.C. go by pure contributory negligence-which means that if the person bringing the claim shares any responsibility for causing the wreck, they make no recovery.

Are You Automatically at Fault if You Rear-End a Car in Texas?

You are not automatically at fault for rear-ending someone in Texas. There is an erroneous belief held by many that if you hit someone from the back in Texas, you are automatically at fault for the accident. This statement is far from the truth and demonstrates a misunderstanding of how Texas’ personal injury law works. A jury has the right to apportion liability or ‘negligence’ between the drivers or find none at all, even in a rear-end collision.

Must There Be a Negligence Finding Even When You Are Rear-Ended?

Texas is what is known as a comparative negligence state. To win a judgment against another driver for damages caused in a car accident, you must obtain a jury finding that the other party was negligent. ‘Negligence’ means: ‘the failure to act as a person of reasonable prudence would have acted under the same or similar circumstances.’ A question will be submitted to the jury asking whether they find that the other driver’s negligence, if any, was a proximate cause of the automobile collision. They must find the other driver was negligent in order for you to make a recovery. This is true even when you are driving a car that was rear-ended. In most cases its best practice to have an experienced car wreck attorney on your side.

What Does Texas Comparative Responsibility Mean?

Texas is not an ‘all-or-nothing’ state. A jury considers and compares the responsibility of all drivers involved in rendering a verdict as to who bears fault. In other words, more than one person, including you the victim, can be found negligent in an auto collision.

The jury question is often submitted as: ‘Did the negligence of any of the following persons proximately cause the motor vehicle in question?’ It will then have a list of names which may include yours, the other driver’s name, and even a ‘John Doe’ driver who contributed to the accident and then fled the scene. The names will have a blank for the jury to write ‘yes’ or ‘no’ next to each. If they find more than one person’s negligence contributed to an accident, then they are asked to apportion the liability by assigning a percentage to each.

If the percentage assigned to you exceeds 50%, you recover nothing. If your percentage is under 50%, you can recover only the percent for which the other persons are responsible. Thus, if the jury finds your negligence was 30 percent of the cause of the rear-end accident and the other driver’s negligence was 70 percent of the cause, and awards you $10,000.00, you would only recover $7,000.00 due to your comparative negligence. But, if they find you 55 percent and the other driver 45 percent, you recover nothing.

How Can the Lead Driver Be Found at Fault in a Rear-End Collision?

A jury may find the lead driver partially or totally at fault for causing a collision when the evidence shows that the lead driver did something an ordinarily prudent person would not have done such as cut someone off or hit the brakes and stopped suddenly when it was not safe to do so.  This is true because when a jury considers responsibility for a rear-end collision they consider the actions of all drivers.

Remember, there are two sides to every story. You undoubtedly feel you were doing exactly what you were supposed to be doing and got hit from behind so it should not be your fault. However, the other drive probably feels different. He may argue that you stopped at a green light when it was not safe to do so. Or perhaps, he will claim you slammed on your brakes or slowed unexpectedly for no reason in front of him, thereby causing him to hit from behind. He could also claim that you started to go and then stopped unexpectedly. All of these are examples of arguments commonly made by defense attorneys and their clients in an attempt to get juries to assign some percent of the responsibility upon the person who was rear-ended.

When your case goes to trial, it will be decided by 12 strangers who were not there when the auto collision happened. They will be asked to listen to both sides and decide what they think happened. 10 out of 12 must find for you as the plaintiff to win. They will not get to hear who received the ticket in most cases because criminal traffic tickets are generally not admissible in a civil liability case. So they all argue until they reach a compromise they can all live with. That compromise is often a split liability verdict.

What is an Unavoidable Accident?

An unavoidable accident is an event that occurs but is not caused by the negligence of any party to it. An example of this might be a wild animal darting into the road causing an accident. If the passenger in a vehicle that hits a deer sues the driver, the driver will likely claim the accident was an ‘unavoidable accident.’ If the jury agrees, then the passenger cannot make any recovery against the driver. This is a defense commonly used by defense lawyers to try to help their clients avoid responsibility for causing a car wreck.

What is the Sudden Emergency Defense?

The sudden emergency defense is a defense to a negligence cause of action for causing an auto collision. To succeed on such a defense, the defendant must show that:

This defense is similar to an unavoidable accident defense in that it is a way of seeking a finding of ‘no negligence’ on the part of the defendant. The key to understanding this defense is realizing that it relieves a defendant of responsibility for an accident that occurs after an emergency he/she did not cause arises so long as he responded reasonably. An example of a”sudden emergency” might be where a driver has an unforeseen heart attack while driving down the road and loses control of the vehicle causing an accident.

Both of the above defenses may come into play when a rear-end accident occurs. If they do, you could find yourself in a situation where nobody is liable even though you were rear-ended and you are stuck with the bills. The common mistake people make is that they see the case only from their own perspective. They think “well I just got hit from behind so it is not my fault…ergo it must be their fault.” Unfortunately, just because you were not at fault does not mean someone else was. In Texas, there is also the possibility that nobody is liable for the collision.

How the Rear-Ended Car Driver Gets Blamed

One way a sneaky insurance adjuster can spoil your case, even though your car was the one rear-ended,  is by calling you up and getting you to agree on record that the accident was a sudden emergency or that traffic “stopped suddenly.” They may even preface it by saying “well, we will probably just accept liability but I need a recorded statement from you to complete my investigation.” Then they lead you:

Adjuster: “You didn’t do anything to cause this did you?”
You: “oh no, no.”
Adjuster: “traffic just stopped suddenly and you had to slam on your brakes but there was nothing you could do right?”
You: “oh sure, right.”
Adjuster: “that’s what our client said it wasn’t your fault because you couldn’t stop and neither could she when traffic stopped suddenly, don’t you agree with that too?
You “oh yes, sure.”

Congratulations. You just set up their sudden emergency defense. You can expect to receive a denial letter in the mail shortly. This is just one way an adjuster can trick you into harming your own case.

Don’t make the mistake of thinking that because you were rear-ended and the adjuster seems friendly that they are just going to accept responsibility and pay your claim. They have many tricks up their sleeve that they can pull to destroy or damage your case. You need to get the advice of an injury attorney before you talk to the insurance adjuster and you should never agree to give a recorded statement without having your own legal representative to advise you.

Call Simmons and Fletcher, P.C. at (713) 932-0777 for a free consultation before you get tricked into hurting your own claim. The initial consultation is always free and we charge no fees for handling your case unless we make a recovery on your case.