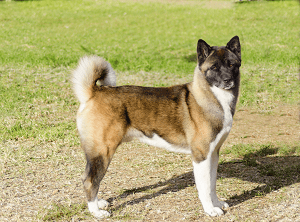 Akitas of both the Japanese and American varieties are large and powerful dogs. They are known for being very loving and playful pets with their own families but can be distrusting of people they do not know.  They also tend to have difficulties getting along with other dogs and a strong-willed temperament.  Because of the above facts most trainers recommend that Akitas have a firm handler who is experienced with dogs.

Akitas are sometimes considered by insurance companies as high-risk pets because of the above factors. Owners may need to carry Canine Liability Insurance if their homeowner’s policy refuses coverage.

Akitas have gotten a bad reputation in the past because of their ability to do harm.  But studies have shown these sorts of attacks to be infrequent. In fact, during the period from 1982 to 2010, there were only 65 reports of serious injury with only 8 deaths caused by an Akita.  However, 42 of those were children. Many attacks involving children are a result of a lack of supervision, dog owners leaving the dogs unwatched, and/or children not behaving properly toward the dog.  Whatever, the reason, you should report the incident to animal control and consult an attorney to determine your rights if you are attacked by a dog

Let Us Represent You After an Akita Attack

If you have been the victim of an Akita attack, it is important to understand Texas dog bite laws and to learn when you can make a claim against the dog’s owner and/or his home owner’s insurance policy. To get help understanding your rights and to find a dog bite attorney to represent you and act as your advocate, contact Simmons and Fletcher, P.C., today for help.