schedule free case review
Home » Dog Bites » What Recourse Do I Have If Another Dog Attacks Another Dog?

What Recourse Do I Have If A Dog Attacks Another Dog? 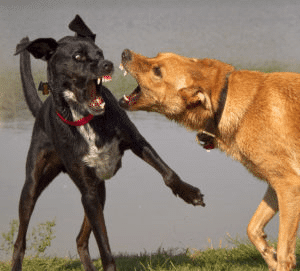 Under Texas Law, the damages you may recover for the loss of a pet are limited to the reasonable cost of the pet unless the animal has some special characteristics that enable it to have a quantifiable value. Thus whether a dog attacks another dog or a dog is injured in a car accident, you are limited in what remedies you have.

Texas Supreme Court Has Long-Held That Pets Are Property

Since 1891, The Texas Supreme Court has held that household pets are mere “chattel” or “property” and thus, have no legally recognizable value other than the market value. On April 5th, 2013, the Texas Supreme Court had a chance to overturn this in the case of Strickland v. Medlen and declined not to.  That case involved a dog that had been rounded up by animal control. The owner expressed interest in obtaining the animal’s release and went to get the money.  In the meantime, the animal was accidentally placed on the “euthanize” list and was killed. The owner sued for the value of the dog as well as for the infliction of emotional distress and mental trauma.

According to the Texas Supreme Court, there is no recognizable cause of action for mental anguish for a piece of property.  Since they considered a dog mere property, the Supreme Court declined to allow any recovery for anything more than the dog’s fair market value. If a dog attacks and kills another dog, this law would bar any recovery for mental anguish or emotional distress for the dog–leaving the recovery value at the fair market value of the dog.

The Exception to the Rule

Where a dog has certain, verifiable characteristics that give it a measurable monetary value, more than just its fair market value can be claimed as damages.  If the dog is a show dog, for instance, with earning potential, then you can show it had a higher value than its replacement cost. Barring these special circumstances, the value is limited to fair market value when a dog bites another dog.

Injury To the Owner

If the owner suffers an injury while defending his dog, then he may have a persona injury claim. If the dog has attacked before, then the dog’s owner will be strictly liable for the injured party’s damages. If it has not, negligence will have to be shown for liability to attach.

Even if you are not injured, it is very important that you report the attack to the local animal control. This helps them document the problem and makes taking action easier in the future if the owner does not get his dog under control. You may also wish to initiate proceedings to have the dog declared a Dangerous Dog under your local dog ordinances.

Speak To A Dog Bite Lawyer

If only your pet was injured and it was a rare/exotic breed, a show dog, or had some other means of valuation beyond the emotional value to the owner that Texas law refuses to recognize, it may still be worthwhile to speak to a dog bite lawyer about your case.  Call us to discuss your legal rights and remedies. Absent the dog having a substantial financial value, your best bet may be to bring a claim in small claims court if the attack was the result of negligent handling or the attacking dog has a history of prior attacks.